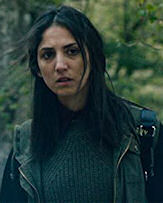 An encyclopedia of Western horror film tropes parades across the screen in this Tunisian discovered-film horror comedy. Almost nothing new here and yet things are thrown together in a way that speaks to talent if not good taste. Three naive journalism students are faced with a deadline for their senior project or be cast into slacker purgatory, a place far from unknown to at least two of them. Not enough guilt to match the solid “Psycho” opening of an amateur crook running from disgrace and prison but the threat of college expulsion will have to do.

Luckily, an inmate at the local asylum just bit off someone’s nose. The opportunity of a lifetime to barge in where rich educated young artists are not welcome and bribe guards for forbidden access. Better guilt would be to kill a local and cover it up as in “Cabin Fever,” but this will have to do.

Writer/director Abdelhamid Bouchnak veers away from horror in favor of a safer buddy comedy format as he walks the line between hip camp and cheesiness with every take. In the place of endless production money he subs well-placed jump cuts and darkened shadows that hide otherwise dysfunctional make-up and costumes. After all, there is only so much one can do with fake blood and mammalian body parts. The three protagonists quarrel and bully endlessly, artists obsessed with their own youth and promise, blind to the desperate situation of their subjects. Rearranging the chairs on the Titanic as the villagers sharpen the cleavers.

If lacking the downright evil to be a great horror flick, the attempt at an American-style buddy zombie comedy works for the sympathetic viewer. Two young men play a camera and sound crew like Laurel and Hardy or two out of the Three Stooges. The boom mike is especially well used in the wrong places at the wrong times, taking a sound check of the fireplace or while fleeing through the forest.

The woman, presumably the producer and leader of the group, herds the men like cats incapable of logical thought. Will she be the Last Girl? Will the movie actually close with the most hackneyed trope of them all?

The shooting location, presumably Tunisia, provides excellent alternatives to the usual insane asylums. In place of vertical bars there is woven steel mesh that looks cheaper and more effective in a brutal way. When people are to be kept in place they are housed like animals rather than humans. Decrepit walls, extra squeaky hinges and dark, earthy cellars are just some of the substantial horror props this movie got for free. 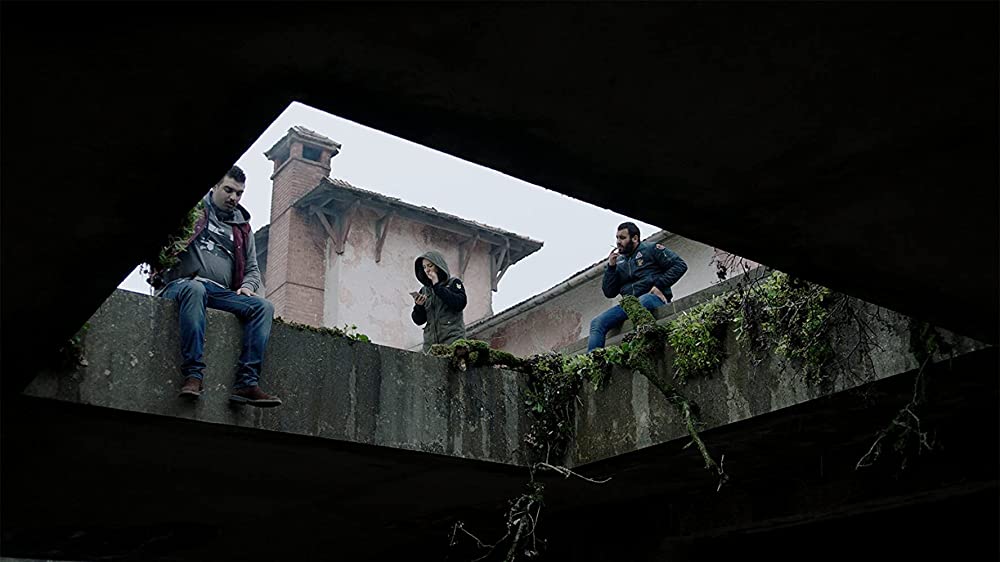