“Western” is the poignant story of a traditional, peaceful and productive way of life ripped apart by drugs and politicians. 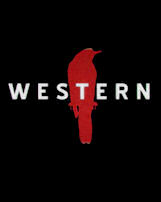 Directors Bill and Turner Ross take us into hearts and minds of the people of Eagle Pass, Texas, and Piedras Negras, Mexico. Celebrating centuries of living together, dealing with each other, loving and aggravating each other, the people on either side of the border are like family. They may not always kiss and hug each, but they always get along, because that is what families do.

Chad Foster, the mayor of Eagle Pass, has seen it all. Having a checkered past himself, he has come to the wise conclusion regarding US/Mexican relations that he has enough demons of his own to deal with, without ascribing more to his foreign counterparts.

Martin Wall, a fifth-generation cattleman, tells his daughter this will all be hers someday. As she grows up riding horses and living the life of a rancher where the rancher is king, she is beginning to see clouds on the horizon. For her rancher dad, the storm has broken.

The clouds are the growing presence of drug cartels on the Mexican side of the border and their very real threat to the US side. Although the threat of the drug cartels is real, it is no more deadly than the USDA closing of the border. Wall makes his living buying cattle on the Mexican side and transporting the cattle to the US side. If the border is closed by politicians in Washington, D.C., 2,000 miles away that is as deadly as a drone strike to Wall, his family and his legacy. His entire industry will be dead and another segment of American business will be turned over to corporations who can swing a big enough bat to make D.C. grow a brain.

As their politicians polish their rhetoric on the local residents, the residents get together and pretty much figure it out. City people from the north buy drugs that the cartels from the south are free to manufacture, the politicians get elected no matter what happens while the media makes big money reporting on ritual beheadings and firearms sellers rake in the profits selling weapons to both sides. Everybody is happy, and high, except the local residents who are simply trying to make a living.

As it turns out, the only people who are doing the right thing are the citizens of Eagle Pass and Piedras Negras, who are tightening their bonds in the face of adversity, as they always have. While they are attempting to unify, the USDA is building a 10-foot-high steel fence between them; a fence that means nothing to the cartels who will tunnel under it, or blow it up, as fast as it has be built. Closing the border and building the fence do nothing but destroy the only real weapon there is against the drug war; the weapon of mutual trust and respect.

Produced out of New Orleans by the team behind “Beasts of the Southern Wild,” the filmmakers of “Western” show a sweet dream turning into a terrible nightmare. West Texans are born and raised to deal with the worst that nature can deal out, from hurricane winds to flash floods, drought and sand storms. But they have never seen anything like this.

Perhaps as some courts have taken to forcing perpetrators to confront their victims, or the families of their victims, convicted drug users should be forced to come face to face with their victims in otherwise peaceful and productive border towns. As the drugs destroy the addicts and their families, they destroy the lives of people far away as well. 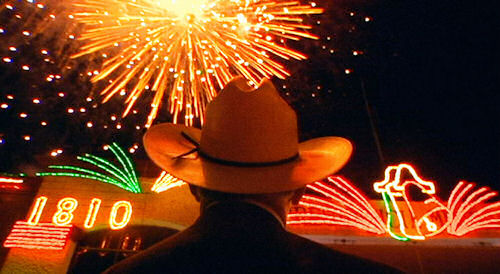