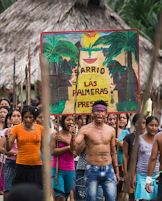 Starting out as if it was going to be a National Geographic special, the gorgeous footage of sounds and sights in the steamy Peruvian Amazon region aims to delight. Then our hero appears and says he is about to become Tarzan. He disrobes and jumps into a murky body of water appearing later, after an underwater swim, in his dugout canoe.

The tone, cinematography and clear sounds of nature soon transition into scenes from the past showing the political history of this beautiful man, Alberto Pizango, and his devotion to his land. Once president of the Interethnic Association for the Development of the Peruvian Rainforest, Pizango comes to learn about the ambitious, duplicitous, ruthless nature of his enemy, Alan Garcia, the president of Peru.

Part of the Northwest Film Center’s Voices in Action: Human Rights on Film, this film documents the indigenous of the Amazon uprising against the Peruvian government in 2008.

The problem is as understandable as it is predictable. The popularly elected Peruvian government was focused on increasing the development and economic prosperity of its country. In December of 2007, Garcia flew to the US and met with President George Bush. They signed a Free-Trade Agreement (FTA) which Garcia expected to transform his nation’s financial status. In Garcia’s thinking, Peru’s natural resources in oil, gas and lumber belong to Peru, not separate ethnic groups living in the region targeted for development.

However, the indigenous groups in the Amazon Rainforest, an estimated 5 percent of Peru’s population, consider themselves caretakers of the region. Their culture and people cannot survive if the Peruvian Amazon Basin, which comprises 60 percent of Peru, if it is compromised by oil spills, mining and deforestation.

While the Peruvian Constitution protects indigenous rights, Garcia claimed (falsely) that the wildly popular US FTA would be invalid if he did not uphold the relatively recent amendments that curtailed them. Unfortunately for the government, Peruvian law not only requires indigenous representation for this kind of action, the US FTA with Peru stipulated detailed “binding commitments to ensure environmental protection.”

When the US signs preferential treaties with environmental riders attached, doesn’t it then become the responsibility of the US to assure its stipulations are being followed before funds are released?

Need anyone doubt the power of big business, the Peruvian Constitution and FTA fine print were ignored and business boomed. When the indigenous marched down the highway in protest, blocking truck transport, the government had had enough and the conflict escalated into a bloody confrontation. How the indigenous retaliated is as remarkable as it was illegal, but Pizango may be forced to take the blame. 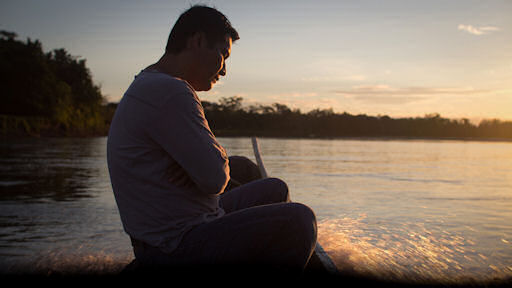