Review: Where the Crawdads Sing 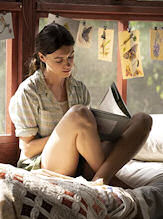 This is a film adaptation of the 2018 hit novel of the same name, written by Delia Owens. The novel features two story-lines, one of a young girl, abandoned by her family and brutal father and self-raised in the marshes of coastal North Carolina. The second story line deals with a murder, of which the now young adult girl is accused and tried for her life.

There has been some criticism of the novel for its portrayal of a black couple in the first story-line: specifically that the novel treats them in stereotypical ways. I did not find that to be the case in the film adaptation.

On the contrary, they are among the few residents of the small community who show sympathy and understanding for a young girl who finds herself in a dire situation when her family departs, leaving her on her own. They are also themselves treated, as one would expect in the 1950s South, with the contempt bred of racial superiority on the part of the majority of white residents. Even today, such thinking, if not overt treatment, is rampant in our divided society.

The film opens with the discovery of a dead body below a watch tower in the marshes. It’s that of a local football hero, Chase Andrews (Harris Dickinson — “Triangle of Sadness”), known to be seeing “the marsh girl,” Kya Clark (Daisy Edgar-Jones — “”War of the Worlds”), an outcast young woman who lives alone in a house in the marshland. She is quickly apprehended based on circumstantial evidence, and place in jail to await trial. There she is visited by a kindly retired lawyer, Tom Milton (veteran actor David Strathairn — “Delores Claiborne”), who has offered to defend her.

At this point, Kya tells her story, visualized for the viewer. She was the youngest of several children, living with her mother and brutal, drunken father, in a small house deep in the marshland. Though they lived off the water and were poor, they had a fairly happy existence. However, the growing violence of her father eventually drives her mother to leave, followed after a time by the older siblings and leaving her with her dangerous, paranoid father. He finally disappears as well, and Kya has to fend for herself.

Loving the marshland, kya remains there, avoiding the local social services officer and making the money she needs from the local store by digging and selling mussels. The store is run by Mable (Michael Hyatt), and Jumpin’ (Sterling Macer Jr.), the only black couple around and the only people to take an interest in Kya. They are themselves the victims of humiliation at the hands of the dominant white class in town.

This depiction of Kya’s growing life is periodically interrupted by scenes of her ongoing trial and lawyer Milton’s efforts to defend her. She is clearly held in the same disdain as the black couple, being “different” from the haughty white folk.

The gorgeous scenery of the marsh, the deeper swamp, and the coastline are taken full advantage of in painting the picture of the solitary but beautiful and, for her, endlessly fascinating world in which Kya lives. Her developing romantic interest, first with Tate Walker (Taylor John Swift), another gentle soul who knows the marsh but lives in town, and then the more worldly Chase, are gently explored, at least at first.

This is a film that takes its time to explore characters and the nuances of human relationships, both good and bad. The production is first rate in all respects, and director Olivia Newman (“First Match”) has brought out the best from her troupe of young and seasoned actors. The musical score helps to create and maintain a sense of tranquil innocence throughout the film.

This tender story is highly recommended. Sensitive viewers need not fear the fact that a murder is involved, not centrally, but peripherally, as the brutality of the act in never shown on screen. However, there are a couple scenes of domestic violence – brief but not gratuitous. In fact, domestic violence is at the core of this story. It is what destroyed Kya’s family and, when she sees the possibility of it re-entering and threatening her own life, she has to choose between keeping her beloved marshland home or fleeing as her mother did before her. 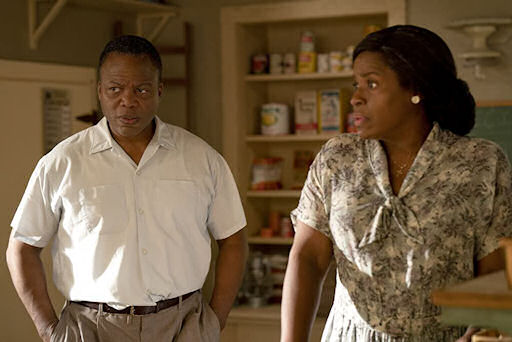