After “12 Years a Slave,” what was director Steve McQueen to do? That was a hard act to follow. He could have played it safe, but instead he doubled down with fellow Oscar-winner Viola Davis to produce this powerhouse ensemble drama about three terminally disenfranchised widows doing it their own way. 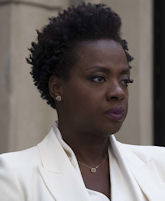 This is not “Mission Impossible,” this is mission unbelievable. Three nobodies bucking all the odds in Chicago, the city that eats gamblers for breakfast. There is little time for the choreography of stealth and double cross. Stand and deliver or die. McQueen cuts to the quick in a movie that is all walk and no talk. It gets to the point in real time, the action happening without preamble and almost before you know it.

The setting and screenplay are as real and gritty as it gets. There is no soundtrack; no el trains, no locomotives and no street noise. The background is the heart beats of people looking at their lives on the days this month’s calendar. There is standing and delivering or there is dying.

Four men die in a flaming grave after a blood-soaked heist gone wrong. Four widows are left behind, stripped of everything they thought they had. Picking up the pieces, leader Veronica (an Oscar worthy performance by Davis) seeks to use the tattered notes of her immolated deadbeat lover Harry Rawlings (brief but perfect work by Liam Neeson) for the last big hit.

It’s a classic, over-used noir trope, and for that all the more dead-center if can you pull it off. McQueen and co-screenwriter Gillian Flynn (based on the story by Lynda La Plant) pull it off in spades. Mission impossible old school with gun shows instead of arms dealers, auto auctions instead of car theft and backpacks instead of brief cases. Get it done, get out and get back in business.

The most spectacular and hardworking acting ensemble of the season, Davis teams up with Michelle Rodriguez, Elizabeth Debicki and Cynthia Erivo to form the team that was dead from start to finish and did it anyway. The men on the other side, the losing side, are headed by a father-son uber-team you love to hate – Robert Duvall and Colin Farrell putting out some of their best work ever.

Brian Tyree Henry completes of male side of the picture as black alderman candidate and slum gangster Jamal Manning who pounds out the best black gangster role since Harry Belafonte’s Seldom Seen in “Kansas City.” He matches Viola Davis’ superb performance step for step, her every step out of poverty and despair matched with his perfect ruthlessness and heartless, understated cruelty.

McQueen took the solid film making of “12 Years a Slave” and put it together into the noir of the year in this movie. Sticking with his team of cinematographer Sean Bobbit, editor Joe Walker and a multiple Oscar-winning production ensemble, he risked a departure from his earlier successes and made a good story into a classic movie. This one will be around long after the 2019 Academy awards. 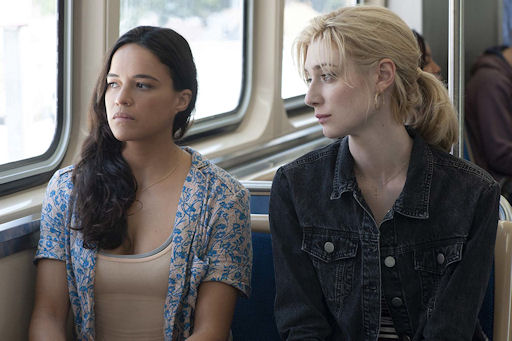