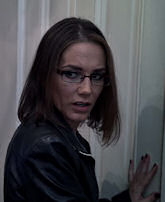 Howard Philips Lovecraft was an American writer, active during the first half of the last century. His short stories and novellas are credited with establishing horror as a legitimate literary genre (although the reviewers of his time would certainly disagree). He was, of course, not alone in this.

There were many other writers in America and England who also contributed mightily to this recognition. His stories were not “horror” stories in the usual sense. The body count was low, grisly scenes were described circumspectly, and his literature evoked mystery and dread, rather than outright terror. As a result, even though his written works are in the public domain (no Walt Disney Corporation he), they have been difficult to translate successfully into film.

I wish “Witch House” had been an exception to this, but it is not. This movie, based on Lovecraft’s “The Dreams in the Witch House,” is not the first time the story has been filmed. However, the only previous attempt, by director Stuart Gordon (“Re-Animator”) for “Masters of Horror,” a television anthology, remained fairly close to the original story. No such restriction here!

Like the Gordon version, “Witch House” is updated to current times. It still involves a college student, this time a woman, Alice Gilman (Michelle Morris – “Brimstone Creek Road”), who needs a new apartment in order to flee her abusive boyfriend. She finds one in a peculiar “haunted” mansion run by a very unpleasant woman, Etta (Shonda Laverty) and her drunken religious brother, Joe (Joe Padgett). A niece, Tommi (Julie Anne Prescott – “The Amityville Harvest”), also lives in the house. You will have to see the flick to find out her role – let me simply hint that Lovecraft – a gentleman of Providence and the “old school” of relationships – is probably attaining rotational light speed in his Swan Island Cemetery grave.

As the name implies, the house is haunted by a witch (Andrea Collins – “Bad Apples”) who used to work there as a servant and was burned at the stake centuries before. When she appears, her face still bears every blackened blister from that horrendous death. Apparently there is no skin care in the afterlife. Her spirit, assisted by a familiar in the form of a rat and known as Brown Jenkin (Solon Tsangaras – “Faded Memories”) invades Alice’s dreams. You can take it from there.

In the original short story, Brown Jenkin was an anthropomorphic rat with a human face. It has actually been filmed that way before (“The Evil Clergyman”). However, here they used an actual rat in some scenes and the actor, Solon Tsanfaras, with varying degrees of hirsuteness in others. It is surprisingly effective, and marks Tsangaras’ performance as the standout in this film.

Music? Is there music you ask? Is there ever! It’s as if they bought the Giant Grab Bag of Miscellaneous Tunes and Tuneless Interludes, and then slapdash inserted them, not even based on scene length. Sound quality throughout leaves a lot to be desired, all too common in these low-budget efforts. The closing credits music is nice. It has a dreamy quality reminiscent of the score to “The Wicker Man” (the version without bees), at least at first.

What else? Gore? You bet and in many ghastly forms, so come prepared for splatter.

Special effects? What respectable (and plenty not so respectable) horror movie doesn’t have at least a few? Some of these are surprisingly good here, especially the dream sequences. These sequences are really interesting and make up for the big helping of cheese they are served with.

The cinematography is good and there are some beautiful set shots. One in particular looks across the base of an ancient tree toward a building, ostensibly on the “Miscatonic University” campus. Lovecraft created Miscatonic to represent his beloved Brown University in Providence, Rhode Island.

I had a chance to screen this film at its premiere in Portland, OR, and the audience did enjoy it, so maybe you will too. Too bad it’s being released on DVD and VOD. Get a gang together. The ambiance of a crowded theater makes up for a lot of sins. 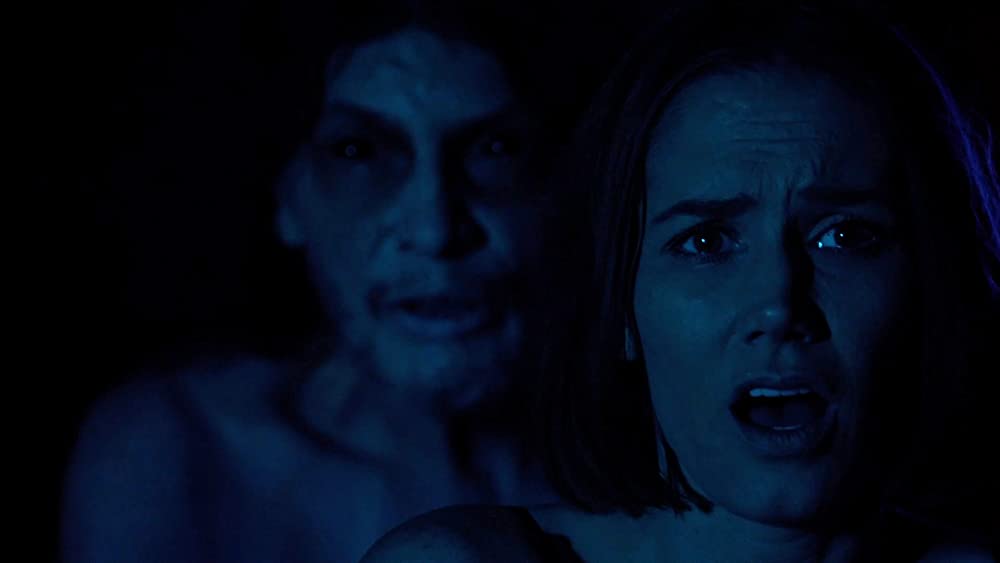