ShortsHD, the world’s only Short Movie Channel in high definition (www.shorts.tv), working with Magnolia Pictures, will open “The Oscar Nominated Short Films 2014” in over 250 theaters across the United States, Canada and Europe on Jan. 31, with more than 400 theatres slated to screen the films during its theatrical release. 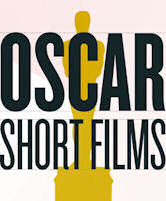 In its ninth year, “The Oscar Nominated Short Films” program showcases the Live Action, Animation and Documentary nominees as three separate theatrical events. This will be the only opportunity for audiences to watch the nominated shorts prior to the 86th Academy Awards ceremony on Sunday, March 2.

This year’s release will be hosted by past Oscar-winners and a slew of renowned filmmakers who have made their mark in short films. For the Live Action Nominees, the hosts include: Shawn Christensen (“Curfew”), Matthew Modine (“Full Metal Jacket”), Tom Vaughan (“What Happens in Vegas”), Peter Webber (“Girl with a Pearl Earring”), Jim Field Smith (“She’s Out of my League”) and Sean Fine and Andrea Nix Fine (“Inocente”). For the Documentary Shorts, the hosts include: Lucy Walker (“Waste Land”) Sean Fine and Andrea Nix Fine, Eva Orner (“Taxi to the Dark Side”) Peter Webber and Shawn Christensen. The Animated Shorts, in a special treat for audiences, will be hosted by one of the high-diving giraffes of YouTube fame and his ostrich buddy in this special commission by Paris-based Cube Creative and Nicolas Deveaux.

This year’s Oscar Nominated Short Films originate from all parts of the globe, representing the pinnacle of filmmaking from Japan, UK, Denmark, Luxembourg, France, Spain, Finland, UAE, Yemen, Canada and the United States.

A fast-growing genre of film entertainment, ShortsHD’s Oscar Nominated Short Films theatrical release has become a key fixture of the awards season while breaking box office records for the genre with each year.

“The audience for premium-quality, short form storytelling is exploding with the growth of Constant Content,” said Carter Pilcher, Chief Executive at ShortsHD. “Shorts films are in the zone for today’s fast-paced movie fans, and audiences this year are in for a treat — the Oscar Shorts this year contain some of the best films they’ll see all year, bar none … because the Oscar Shorts is where the real ‘American hustle’ is fast underway.”

In 2013, the release was one of the most successful independent film releases in the country, grossing $2,175,000 — up 28 percent year-on-year, and more than 800 percent since the release started.

“Aquel No Era Yo (That Wasn’t Me)” (Director: Esteban Crespo, Spain/Spanish). Synopsis: Paula, a Spanish aid worker, has an encounter with an African child soldier named Kaney.

“Avant Que De Tout Perdre (Just before Losing Everything)” (Directors: Xavier Legrand and Alexandre Gavras, France/French). Synopsis: Miriam has left her abusive husband and taken refuge with her children in the local supermarket where she works.

“Helium” (Directors Anders Walter and Kim Magnusson, Denmark/Danish). Synopsis: A dying boy finds comfort in the tales of a magical land called HELIUM, told to him by the hospital janitor.

“Pitääkö Mun Kaikki Hoitaa? (Do I Have to Take Care of Everything?)” (Directors: Selma Vilhunen and Kirsikka Saari, Finland/Finnish). Synopsis: Sini tries frantically to get her family ready to leave for a wedding, but her husband and two children are interfering with her efforts.

“The Voorman Problem” (Directors: Mark Gill and Baldwin Li, UK/English). Synopsis: A psychiatrist is called to a prison to examine an inmate named Voorman, who is convinced he is a god.

“Feral” (Directors Daniel Sousa and Dan Golden, USA/Non-dialogue). Synopsis: A wild boy who has grown up in the woods is found by a hunter and returned to civilization.

“Get a Horse!” (Directors: Lauren MacMullan and Dorothy McKim, USA/English). Synopsis: Mickey Mouse and his friends are enjoying a wagon ride until Peg-Leg Pete shows up with plans to ruin their day.

“Room on the Broom” (Directors: Max Lang and Jan Lachauer, voices by Simon Pegg, Gillian Anderson, Rob Brydon in UK/English). Synopsis: A genial witch and her cat are joined on their broom by several friends as they set off on an adventure.

“The Lady in Number 6: Music Saved My Life” (Directors: Malcolm Clarke and Nicholas Reed, Canada/USA/UK – English). Synopsis: At 109, Alice Herz Sommer is the world’s oldest pianist…and its oldest Holocaust survivor. At the heart of her remarkable story of courage and endurance is her passion for music.

“Karama Has No Walls” (Director: Sara Ishaq, UAE/UK/Yemen – Arabic). Synopsis: When protesters in Yemen added their voices to those of other nations during the Arab Spring, the government responded with an attack that left 53 people dead and inspired widespread sympathy throughout the country.

“Facing Fear” (Director: Jason Cohen, USA/English). Synopsis: As a gay 13-year-old, Matthew Boger endured a savage beating at the hands of a group of neo-Nazis. Twenty-five years later, he meets one of them again by chance.

Nominations for the 86th Academy Awards were announced Jan. 16.

For a sneak peak at The Oscar Nominated Short Films 2014 program, go to theoscarshorts.shorts.tv.