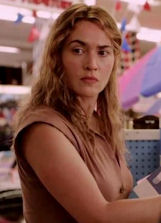 When I heard the name of a new movie, “Labor Day,” I immediately envisioned a tame comedy chick flick. Then the trailer was released and I became confused. That initial trailer was short and filled with dramatic crescendos. An image of Josh Brolin with his hand over Kate Winslet’s mouth flashed across the screen, as did an image of Kate Winslet tied to a chair. Now, I was under the impression that this was a thriller. I was wrong on both accounts.

What we have in “Labor Day” is a love story that goes beyond chick flick norms and is what I like to call an actor’s movie. It is raw and it displays the talent and preparation the actors used to bring their characters to life. I was still curious about the title, though, as I saw and waited for the film to start. Needless to say, it is perfectly fitting and makes sense very early on in the film.

Josh Brolin plays Frank, an escaped and wounded convict who imposes upon Adele (Kate Winslet) and her son Henry (Gattlin Griffith.) The IMDB synopsis is a tad misleading as it states that Adele and Henry offer Frank a ride – and that is not true, I’d just like to point that out quickly if I may. Frank hides out at Adele’s and both his story as well as hers play out slowly via flashbacks and interactions between all the characters. There is an obvious bond between not only Frank and Adele, but with Frank and Henry just as much, a different type of bond, but equally strong.

There aren’t a lot of cast members in this film, which really leaves you feeling like Adele and Frank, isolated and in hiding. Toby Maguire, Clark Gregg, James Van Der Beek and Brooke Smith are basically the only other cast members involved, each bringing something to the story like a puzzle piece and propeller. I wouldn’t consider this an ensemble film, but that doesn’t mean I don’t feel all the actors who contributed didn’t do well because everyone in my opinion really brought a lot to the picture.

Plot wise, “Labor Day” did have some holes and missteps I must say; however, to avoid spoilers I won’t point out specifics. There were simple things the characters did that caused the plot to progress, but they were simple things that audience members may find lacked common sense and would therefore become unbelievable. Pie plays an interesting part in the film, which I just adored … yes, pie, as in homemade peach pie.

Dialogue was the real driving force behind this flick, as it was the backbone of the film. Kudos to the screenplay writer and director Jason Reitman (“Juno,” “Up In The Air”) and Joyce Maynard for penning the novel on which the film was based. The direction and cinematography were subtle, but filled with visual clues and flowed effortlessly throughout the film. The music was a bit lacking which, for me personally, is always an important factor in telling a story. I don’t have any major complaints about the film, I was able to overlook the few flaws in light of everything else.

All in all, I would definitely recommend this film. As a whole, I think it was well put together and the performances are worth watching. However, I have not read the novel that it was based on and I know that for those who did read it, their opinion will differ, as mine probably will should I pick up the book. I am not naive to the fact that books very rarely are given justice in their motion picture counterpart. I cannot compare or judge on anything other than the film.

“Labor Day” is rated PG-13 for thematic material, brief violence and sexuality. There is hardly any cussing and the sexuality does not include nudity – more of an intimacy. For that reason, I feel families with older children and teens should partake.

Is “Labor Day” an opening day must? Maybe, maybe not, depending on whether or not you read the book and how fond you are of Kate Winslet and/or Josh Brolin. There is substance, there is much to be identified with, and there is heart. What more could you ask for from a film that has no special effects or tricks up its sleeve? Easy as pie, see it. 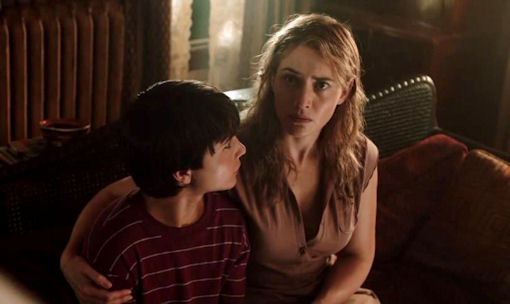