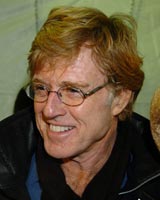 A thriller centered on a former Weather Underground activist who goes on the run from a journalist who has discovered his identity, “The Company You Keep,” will premiere Out of Competition at the Venice Film Festival and at the Toronto International Film Festival.

“The Company You Keep” was financed by Voltage Pictures, who is also the international sales agent on the film.

“Robert Redford’s film is classic storytelling at its best and we are really looking forward to bringing the film to the American audience,” states Sony Pictures Classics.

The deal with Sony Pictures Classics was negotiated by CAA on behalf of the filmmakers.

Tags: "The Company You Keep", Robert Redford
Posted 28 Aug 2012 by Admin in News