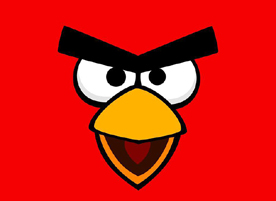 Sony Pictures Entertainment has won the exclusive worldwide distribution rights to the Angry Birds animated film, making it one of the most high-profile deals of the year. The 3D film is being developed, produced and financed by Rovio Entertainment and will be released worldwide by Sony Pictures on July 1, 2016.

Angry Birds is one of the world’s biggest entertainment franchises, starting in 2009 with the original mobile game that remains the No. 1 paid app of all time. Angry Birds has expanded rapidly into entertainment, publishing, and licensing to become a beloved international brand.

Angry Birds has been praised for its great value and simple, casual gameplay. Players use a slingshot to launch birds at green pigs in an attempt to get their eggs back, with the game setting the model for what is possible in terms of game development and commercial success. To date, the Angry Birds and Bad Piggies games have been downloaded more than 1.7 billion times across platforms and versions.

The upcoming movie marks Rovio Entertainment’s first foray into feature films, although fans have already been introduced to the Angry Birds world with the weekly Angry Birds Toons animated series. Rovio launched the series in March through its Angry Birds apps as well as on select video-on-demand channel providers, Smart TVs, connected devices, and on select TV networks around the world. Paving the way for a full-length feature film, Angry Birds Toons has been a massive success for Rovio clocking in more than 150 million views from the Angry Birds apps alone within the first six weeks.