Sony will release The Armstrong Lie 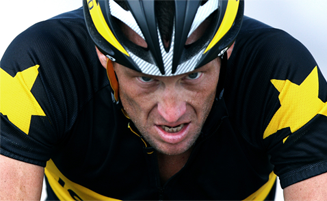 Armstrong was considered one of the greatest sports figures of all time and put competitive cycling into the global spotlight by beating cancer and winning the Tour de France seven times. That success earned him an immense fortune and worldwide fame. His was also one of the most influential and inspiring sports stories of recent memory and became a pop culture phenomenon, thanks to his Livestrong initiative.

Beginning in 2009, Academy Award-winning documentarian Alex Gibney followed Armstrong for four years chronicling his return to cycling after retirement, as he tried to win his eighth title. Unexpectedly, Gibney was also there in 2012 when Armstrong admitted to doping, following a federal criminal investigation, public accusations of doping by his ex-teammates, and an investigation by the US Anti-Doping Agency, that led USADA’s CEO, Travis Tygart, to conclude that Armstrong’s team had run “the most sophisticated, professionalized and successful doping program that sport has ever seen.”

What began as the chronicle of a comeback became an examination into the anatomy of a lie. This film offers unparalleled access to Armstrong’s former teammates, doctors, and professionals, many of whom have never before spoken to the media about Armstrong and his bombshell doping admission – as well as unprecedented access to Armstrong himself.

“On this long-distance ride, full of unpredictable twists and turns, I learned a lot about one spectacular sport — cycling — as well as the ethic of winning at all costs that pervades most sports and society-at-large,” said Gibney. “I’m very proud of the final film, grateful for the support and skill of my fellow producers and the legendary distribution team at Sony Pictures Classic.”