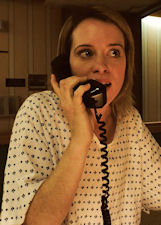 Steven Soderbergh is no stranger to the Oscars thanks to his slick Hollywood fare, as fans of “Ocean’s Eleven” and “Erin Brockovich” will be quick to tell you. But his latest movie, the horror thriller “Unsane,” was shot entirely on iPhones. What’s more, the first official trailer for the movie has shown that it looks as professional as any of the director’s recent films, including Haywire and Side Effects, do.

A return from retirement
Having recently put an end to his retirement with the heist film “Logan Lucky,” Soderbergh seems to have been reinvigorated by his recent iPhone experiment and the resultant film. When speaking at the International film Festival in Berlin recently, for the premiere of the new movie, Soderbergh stated that he viewed the whole experience as one of the most liberating he had ever undergone. He added that he was of the opinion that this way of shooting would be used more and more in the near future, and was delighted in the fact that no one who watched the movie would be able to tell what equipment had been used to film it if they were not told.

The iPhone has changed the game
When Soderbergh was asked whether or not he could envision making films with smartphones in the future, he came across as pretty excited about doing so. He stated that people forget that iPhones allow for 4K capture, and added he had watched the footage 40-feet tall with no discernible effects. Perhaps we will soon see a day when the best of us are not simply using our handhelds for the online slots Canada has to offer, social networking activities and emails.

It’s not the first
“Unsane” is not the first movie to be shot on an iPhone, however. “Tangerine,” an award-winning independent movie made considerable waves back in 2015, being shot totally on the iPhone 5S. Sean Baker’s latest directorial undertaking, “The Florida Project,” just snagged a Best Supporting Actor nomination for Willem Dafoe for the 2018 Oscars, too, and it was partially shot with an iPhone 6S.

A horror/thriller for the digital generation
A digital stalker looks like he is wielding all of the power in “Unsane,” as Claire Foy, of “The Crown,” takes on a journey about control and perception. She has escaped a somewhat troubled past, and ends up being involuntarily committed to an institution for the insane, forced to confront her greatest fear, and in doing so touches on a large part of ours, as well.
The film explores whether or not she has made an awful mistake, is the victim of an abominable crime, or does, in fact, belong exactly where she is. The trailer has recently been released, and it posits that, these days, texting could get you locked up.

It is a similar idea to the one that gave us the fantastic “Bunny Lake is Missing” back in 1965, and “The Lady Vanishes” by Alfred Hitchcock. Although there are some less brilliant interpretations of this plot as well, the fact that Soderbergh is who he is, and has made use of such an original method of shooting the film, has viewers excited about seeing the results.