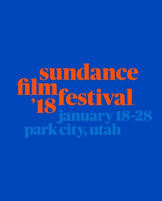 As the film buffs among us are no doubt aware, this year’s 2018 Sundance Film Festival took place in Park City, in Utah, from Jan. 21 through Jan. 28. More than 100 independent films were showcased this year, with entries from a total of 29 different countries being included, spanning across a variety of categories and multiple genres.

Many films that have done well at Sundance have gone on to enjoy similar levels of popularity in movie theatres as well. “Call Me by Your Name,” “Get Out” and “The Big Sick” are just three examples of movies that premiered in the festival last year and then went on to see huge success in terms of amainstream release, with each of these garnering Oscar nominations this year.

So set your real money slots play aside for a few minutes, and see if you can get hold of these latest works of cinematic genius. There is no doubt in my mind that these movies are going to go far, and that they are the on the road to big things.

Eighth Grade
“Eighth Grade” tells the tale of a 13-year old girl, Kayla, who is trying to traverse that most awkward life stage, adolescence. Written and directed by comedian Bo Burnham, there are many points of this tricky and uncomfortable time that Burnham manages to capture perfectly.

In an attempt to navigate the troubled waters she is facing as she moves from traditional childhood games and activities towards adulthood, Kayla starts posting videos on YouTube that depict the confidence hidden beneath the layers of her rather quirky, somewhat nervous, teenage exterior. This film will offer many of us points to identify with, and is highly recommended for viewers of any age.

The Tale
Jennifer Fox wrote and directed “The Tale,” based on her real life story, marking the completion of a project that initially began as a fiction writing assignment she undertook at just 13 years old. What emerges is one of the most important, and relevant, films, to currently be gracing the Sundance screen.

The tale documents the sexual abuse Fox faced at only 13-years old at the hands of her running coach, Bill, who at 40 years old took advantage of his age and his status as an authority figure in her life. What started off as something that Fox, in all her naiveté, thought of as consensual, turns into a dark recounting of horrific sexual abuse when Jennifer, played by Laura Dern, reviews the writing assignment she revealed at such a tender age as an adult.

The fact that “The Tale” premiered at Sundance as the #MeToo movement has gained the kind of worldwide traction it has makes the film that much more significant. It is a difficult movie to watch, and one that will be almost impossible for many of us to comprehend, but the story it tells is an important one, especially in light of the stories of grooming and on going sexual abuse that have been in the news of late.