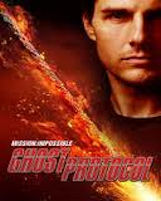 Check out the new promo photo below that Paramount Pictures has revealed for “Mission Impossible: Ghost Protocol.”

It’s simple, with just Ethan Hunt (Tom Cruise) wearing a sweatshirt hoodie, and looking troubled. The background also seems to be on fire. It’s not the most exciting photo, and I have seen this Hunt-in-hoodie-disguise already in the trailer. But I thought now what I thought then: he looks like a terrorist.

Yes, in the trailer we learned all IMF agents have been disavowed. So, the once prestigious and elite agents are now alone and in despair, with some even being hunted and others falsely accused. Hunt’s team must once again work on their own and without the support of their organization to save the world. When you look at it this way, then this photo is a good representation of the plot of the movie. I’m probably wrong, but this very descriptive and artistic photo looks like the job of the director, Brad Bird.

I have been a fan of the series, and am looking forward to this next installment. Of course, I have questions, like what is a “Ghost Protocol?” And what role does Jeremy Renner play?

So, what do you think? 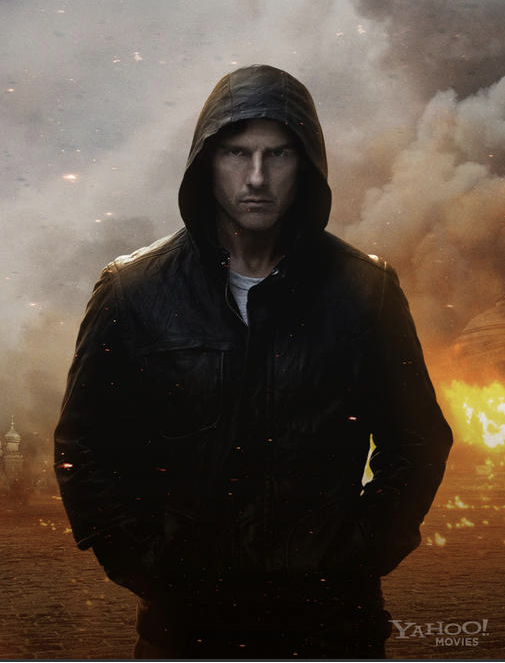