The Top 5 Games of Thrones Twists … So Far

In the day of the DVR, no television shows are more valuable than those that require appointment viewing. Shows that need to be watched not only that same night, but must be viewed live, are few and far between now. Sports, and a few key reality shows, will always merit live viewing, but the few scripted shows that demand the same are extremely rare right now. 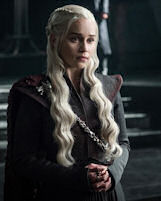 The best way to get people to watch your show live is to give them a show they can’t wait to see. Give them a show that keeps them looking forward to the next episode immediately after the previous one ends and gives them something to discuss and analyze for a week (or longer for season finales), and you will create a loyal, passionate following of viewers who will watch a show right as it airs.

Of course, the other way to make sure people watch live is to let the viewer know that episodes are something they have to see for themselves. If they don’t watch it live, the twists could be ruined by others if they aren’t watching for themselves.

Of all the shows on TV right now, “Game of Thrones” is arguably the best at not only shocking its audience on a pretty regular basis, but also providing an extremely high level of storytelling to go along with those twists and turns. If the characters aren’t well established, their deaths won’t have much of an impact, and “Game of Thrones” has more than enough fantastic characters to burn … and behead … and poison … and kill via myriad methods.

“Game of Thrones” has had so many shocking moments during its run that you might think viewers would stop being shocked, but that has yet to happen. You can watch “Game of Thrones” knowing that anyone could die at any moment, but that still can’t prepare you for when it does happen. And that has everything to do with how well crafted so many of these characters are.

In fact, like the other events that demand live viewing, such as sports and the top reality shows, “Game of Thrones” also provides some pretty fun opportunities for betting like those at William Hill TV Specials on topics such as Who will rule the Seven Kingdoms at the end of the Final TV Episode.

With only two shorted seasons left of “Game of Thrones,” there aren’t nearly enough episodes — or shocking moments — still remaining. But before we worry about that too much, here is a list of the five moments from the show that have shocked me the most so far. Before you read the list, keep in mind that spoilers for the show are obviously ahead (which I’m certain you figured out from the article’s title). In addition, it is worth noting that I have not read the books. Things that shocked me purely as a viewer of the show may not have been as shocking to readers of the books. 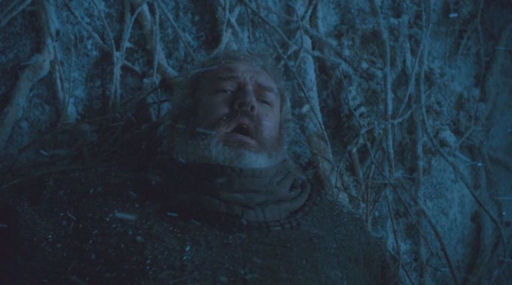 For a character who could say only one word — his own name — Hodor made quite an impression on viewers. The House Stark servant faithfully accompanied some of Ned Stark’s children after they escaped and not only carried Bran Stark when needed, but also was possessed by Bran when he would “warg” into the gentle giant.
In season six, Bran mentally went back in time to see a youthful, articulate Hodor, who we found out was actually named Wylis. Unfortunately, Bran’s warging served to capture the attention of the White Walkers and the cave where Brand, Hodor and Meera Reed are hiding is attacked.
Hodor blocked the back exit of the cave, giving Bran and Meera an opportunity to escape. However, Bran inadvertently warged into Wylis, which somehow linked the minds of Wylis in the past and Hodor in the present and causing Wylis to suffer a seizure. The phrase “Hold the door” was shouted and repeated, before gradually shortening into the phrase “Hodor.” Through Bran’s warging, the young Wylis was forced to experience his own death in the future and his mind became damaged in the process.
Bran and Meera managed to escape, while Hodor died in his attempt to hold the door and the audience was shocked by the realization that Hodor’s entire life was forever changed by his own future death.


4. The Betrayal of Jon Snow 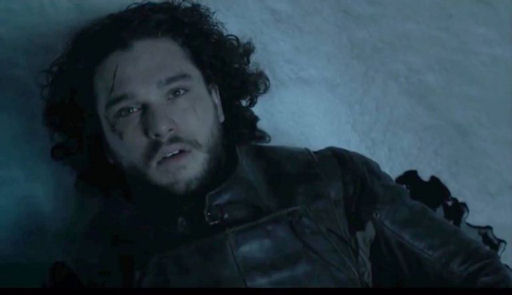 With the loss of so many key players in the battle to rule the Seven Kingdoms, Jon Snow had always seemed to be one of the best candidates to wear the crown. A strong warrior with a good heart, Snow always fought for what he felt was right, even if others didn’t share his belief. Show saw the Wildlings in a light that few other ever had and he also saw them as valuable allies in an upcoming battle that would be too big to fight without everyone coming together.
Unfortunately, not everyone was as open and welcoming of the wildlings within the Night’s Watch. A group of men, including Alliser Thorne, Snow’s second in command, ambushed Snow at night and repeatedly stabbed him until he died. Among Snow’s murderers was a young man named Olly, who had previously saved Snow’s life. However, Olly could not abide Snow’s acceptance of the wildings, who were responsible for the death of Olly’s family. Olly not only is the one who lured Snow to the spot where he was murdered, but he also delivered the deadly final blow.
Jon Snow’s death further proved that no one was truly safe on “Game of Thrones,” before also proving that death isn’t always a permanent status in the Seven Kingdoms.


3. The Red Viper vs. The Mountain 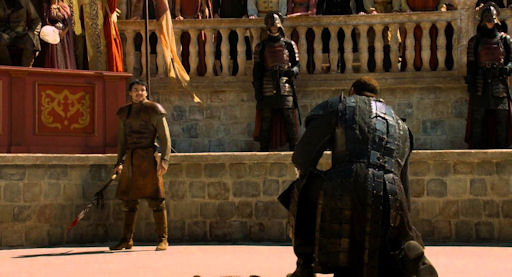 Speed vs. Power. Charm vs. Brute Strength. David vs. Goliath. When Tyrion Lannister needed a champion in a trial by combat, Prince Oberyn Martell, aka The Red Viper, surprisingly stepped in. His challenge? Taking on Gregor Clegane, an incredibly large behemoth who is aptly named The Mountain.
The Red Viper entered the match wearing only some light armor without a helmet while holding a light spear with a heavy blade. He also drank before the fight.
Luckily, Oberyn Martell turned out to be an incredible fighter who was light on his feet and quick with his sword. But he also proved to be far too arrogant.
After defeating The Mountain by stabbing him in the stomach, cutting his hamstring and then stabbing him through the breastplate, Oberyn demanded that Gregor admit to killing Elia, Oberyn’s sister, and also reveal who was responsible. Unfortunately, Clegane is able to surprise Oberyn and pull him to the ground, punching him directly in the face — knocking his teeth out — before using his thumbs to gouge out Oberyn’s eyeballs. Then, right before crushing Oberyn’s skull, The Mountain confesses to raping Oberyn’s sister, killing her children and killing her. 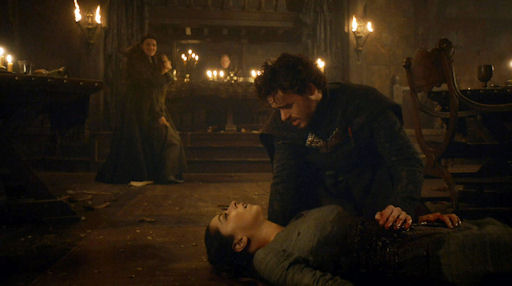 More than any other moment, this is the one readers of the book were waiting for non-readers to experience. Out of all of the characters on “The Game of Thrones,” Robb Stark may have been the show’s most traditional leading man. “The Young Wolf” had the looks and the personality of a king and it would have been pretty easy to see him ending the series as the true King of the North.
Sadly, he did not make it past season three. After previously agreeing to marry one of Lord Walder Frey’s daughters as part of a deal, Robb instead fell in love with Talisa Maegyr and married her instead. This is part of a chain of events that ends in the tragic death of Robb, a pregnant Talisa, Robb’s direwolf Grey Wind and Robb’s mother, Catelyn, who also had been a major player on the show, during a wedding that fairly earned the name The Red Wedding.
The death of Catelyn alone in the episode would have been shocking, but the deaths of Catelyn, Robb, Talisa and Grey Wind all in one fell swoop was devastating. 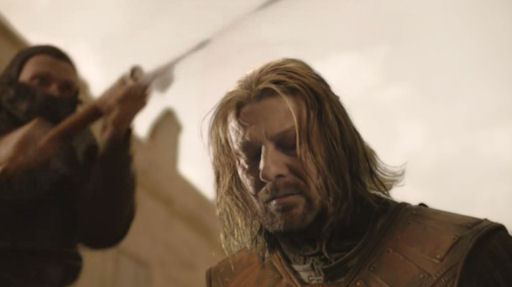 One of the show’s earliest surprises still hangs with me as the show’s most shocking moment. This is the death that announced that no one was safe. While a character played by Sean Bean meeting an untimely end isn’t too much of a surprise, the biggest name on a TV series — and arguably the face of the show — dying so early in its run was completely unexpected.
After being prodded to do so, an imprisoned Ned recognizes Joffrey as the rightful king and confesses he had intended to seize the throne. The punishment for his treason is expected to be exile to the Night’s Watch. Instead, Joffrey shockingly sentences Ned to be executed.
As viewers, we have been trained to watch as our heroes get put in a tight situation and, ultimately, get saved in the nick of time. And as Ned headed to the guillotine, the tension built as we anxiously waited for Ned to be saved at the last possible second … and then it never happened.
Ned Stark was executed and nothing was ever the same again in the Seven Kingdoms (or on our TV screens).