The Top 5 Sports Movies of the Past Decade

In the world of film entertainment, few genres have the ability to inspire viewers as consistently as sports movies.

From hockey to golf, filmmakers have managed to thrill audiences with stories of the resiliency of the human spirit and its ability to triumph over adversity.

Below are the top five sports movies of the last decade. These movies are sure to hold your attention and keep you entertained, while giving you a reason to feel inspired.

When it comes to the best hockey movies, “Goon” fits the bill with its engaging characters and classic rags-to-riches tale. 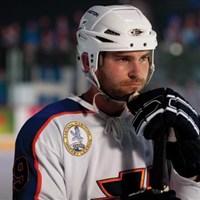 “Goon” stars Seann William Scott as a minor league hockey team’s enforcer. Scott’s character is Doug Glatt, and he becomes an enforcer after he protects his friend from an angry player by hitting the player so hard that his helmet breaks.

Liev Schreiber plays the role of Ross Rhea, and he is a Canadian superstar as well as Glatt’s hero. Eugene Levy portrays Glatt’s father, and David Paetkau plays his brother. Glatt’s father and brother are both doctors. Because of this, his family has big dreams for him, but Glatt is happy with his job as an enforcer.

The movie focuses more on its characters than hockey, but the film’s final moments are of Glatt’s team in the lead after he survives a brutal fight against his hockey hero.

While many baseball movies are set in the past to remind viewers of the game’s charm, “Moneyball” depicts the classic game in modern times. 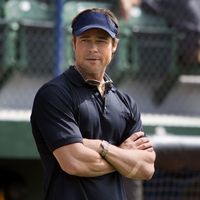 Starring Brad Pitt as Billy Beane, general manager of the Oakland A’s, “Moneyball” begins with the team losing to the New York Yankees during the 2001 postseason. Beane is tasked with the job of creating a competitive team despite losing three of his star players and suffering with a limited payroll.

Struggling against old school scouting methods, Beane discovers that there is another way to assess a player’s team value when he meets Peter Brand who is portrayed by actor Jonah Hill. According to Brand, teams should be signing players based on a different set of baseball statistics than it usually does.

At first, Oakland’s team scouts are angry about the new hiring method. In protest, the manager, Art Howe, refuses to play the new team members, and the Oakland A’s continue to lose. When Beane trades away the team’s first baseman, Howe is forced to use the new players, resulting in 19 consecutive wins.

While the Oakland A’s fail to win the championship, the team’s success inspires the owner of the Boston Red Sox to offer Beane the position of the GM to his team. Beane declines and stays in Oakland. The film ends by revealing that just two years later, the Red Sox won the World Series using the scouting method pioneered by Beane and Brand.

“THE GREATEST GAME EVER PLAYED”

When it comes to the best golf movies, “The Greatest Game Ever Played” makes the list. 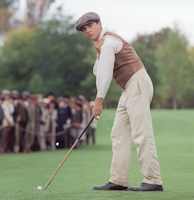 Starring Shia LaBeouf as Francis Ouimet, the film is about a poor boy who has a passion for golf. Ouimet has a natural talent for the game, but his father, Arthur, is resolutely against him playing it. Ouimet becomes a caddy at The Country Club, which is just across the street from his Massachusetts home. This allows him to practice his golf game.

Ouimet wins the Massachusetts Schoolboy Championship, but when he fails to do the same at the U.S. Amateur, his father forces him to quit and get a real job. After toiling away at a sporting goods store for several years, the president of the United States Golf Association offers Ouimet a chance to play in the U.S. Open. While Ouimet struggles to collect the money for the competition’s entry fee, he finds a way and becomes the first amateur to win it.

“Invincible” is set during the 1970s in Philadelphia. The film opens by depicting a city in conflict. People are losing jobs, which is causing them to struggle to make ends meet. Meanwhile, the city’s NFL team, the Philadelphia Eagles, is suffering through a losing streak, making fans angry. 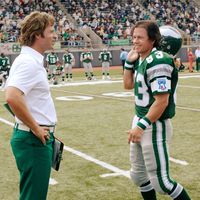 Vince Papale, played by Mark Wahlberg, is among those who are struggling financially. At the start of the film, Papale is a substitute teacher, but a quick meeting with the principal results in his being laid off. Later that day, there is an announcement that the Eagles has hired a new coach by the name of Dick Vermeil.

Since the team is performing so badly, Vermeil decides to hold open public tryouts, and Papale decides to take him up on it. Papale clearly has natural talent. The movie reveals this during the neighborhood’s nighttime pickup games. When Papale turns up to play these games, his team wins.

At the tryouts, Papale stands out from the other hopefuls with his speed and ability, causing Vermeil to give him a spot on the NFL squad. To stay on the team, he must outperform dozens of other training camp players. Defying the odds, he makes the team.

Filmed in 2010, “Senna” is a British documentary that covers the story of Ayrton Senna’s life and death. 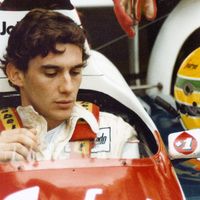 The Formula One race driver started his racing career in the 1984 Brazilian Grand Prix. He died during the San Marino Grand Prix race in 1994. The documentary includes details about Senna’s rivalry with Alain Prost who was his teammate. Senna also clashed with Jean-Marie Balestre who was over FISA during the driver’s racing years.

The documentary shows how Senna battled to make his sport safer. It also depicts the technological advancements that were being made in the racing world at the time. These advancements led to Senna’s car dominating the field in computerization. Sadly, he died due to problems with his car’s handling as well as a drop in tire pressure following a reduction in speed because of an earlier accident.

The film ends with Senna’s friends and family mourning his death at his funeral. “Senna” was an especially challenging film to make since director Asif Kapadia did so using old footage following the racecar driver’s death.