Following on the heels of Guy Hibbert’s screenplay for “Eye in the Sky” (directed by Gavin Hood and starring Helen Mirren), this riveting documentary is the best look to date at drone warfare. Many Americans have been led to believe that drone surveillance and missile attacks are precision killings. Although they may represent precision bombing, they are sloppy assassinations. 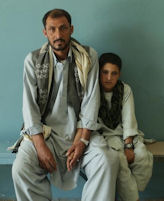 This thoroughly researched film, directed by Sonia Kennebeck and produced by documentary legends Wim Wenders and Errol Morris, looks deep inside the drone establishment. Never before have we seen the inner workings of a top secret government agency as they are shown here. Three narrators with intimate involvement in the program share their heartbreak, anger and PTSD with the audience.

Although drone warfare is being sold as sanitized war, it is silently breeding a generation of traumatized soldiers with worse problems than returning ground troops. They are forced to see the results of their missile attacks much more up close and personal than airplane pilots ever were. If the person is not killed the first time, they are required to attack again and finish the job. This is bad enough when the identified target is struck, but it is much worse when innocents are caught in the trap. After an eight-hour shift, they are expected to get up and do it the next day. The emotional burden is unlike anything ever seen before.

Because drone assassinations frequently cause civilians casualties, the propaganda war is lost as the personnel battle is won. For every single successful killing, the propaganda of a crippled child, a dead baby, or a legless man or woman may cause ten to take the place of every one killed.

Three former insiders narrate most of the movie. The first was a drone imagery analyst, the second a signals intelligence analyst and the third a technical sergeant. As a group they were once heroes, but they now are constantly hounded by the US intelligence establishment. They are at risk of severe prison time every day. Veterans like these are trying unsuccessfully to get the intense mental rehabilitation treatment they need, but it is slow in coming. Some of them are on suicide watch.

The government does not want a public discussion of the downside of drone warfare. The American public is all too ready to ignore the blood and pain of war, to accept the myth of drone warfare as a video game. This is extremely dangerous as politicians love the concept of a painless war without US deaths. The narrators of this movie show their souls to the film makers. After watching them you will no longer believe that there is anything either painless or precise about drone killing.

Beyond that, the best lesson learned may be that we can never, ever, trust our political leaders to tell us the truth, the whole truth and nothing but the truth. In the end, they will tell us what we want to believe, no matter what the future may bring.

Director of photography Torsten Lapp did a super job editing and filming the impossible. 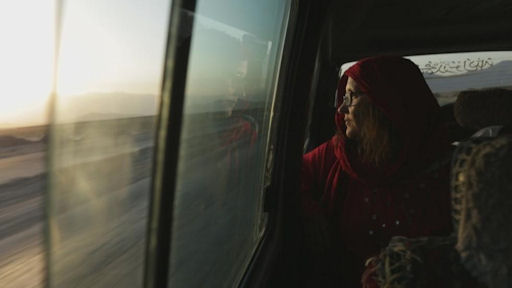 
“National Bird” will open in Los Angeles on Nov. 18 and other cities nationwide, including San Francisco and New York.