There is an adage that if you expose your secrets and bring them to light, they will fade and die. However, if you keep your secrets hidden in the darkness they will grow and multiply. 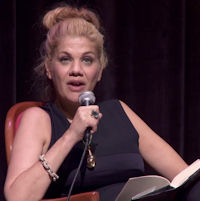 So it is that the one group in America that prided itself on secrecy and anonymity is asking for a brave reveal. Their mission has become too great and too consequential. They are saying, “No longer will we remain silent,” because it is only through society’s acceptance, not demonization, of addiction as a disease that there is a solution.

For this to occur, they have to go back to the insight and inspiration of Betty Ford and marshal a campaign based on who they are. It is their stories and inspiration that save lives.

Bill Wilson and Bob Smith formed Alcoholics Anonymous in 1949. It was based on a 12-step program and anonymity. Now, 23.5 million people are living in recovery. However, unlike a standard medical diagnosis, alcoholism and addiction has been stuck in a “Just Say No” model that incarcerates rather than treats those ensnared by alcoholism and addiction. Now, addiction has an estimated cost of lost work and incarceration in the billions.

The solution to the problem is obvious to the AA advocates. First of all, treat addiction as an illness with medical coverage, treatment and follow-up just as serious as a life-threatening condition. Second, establish centers within the community that provide infinity programs that cater to the continued well-being of alcoholics and addicts. Third, get rid of the anonymity that undermines the self-confidence and cultural support needed to stay sober.

Greg D. Williams, filmmaker for “The Anonymous People,” proposes that when people like Betty Ford, who spoke out about her addiction to painkillers in the late 1970s, take the stage everyone listens and hearts are engaged. However, when the Reagan and Bush administrations vowed to fight a Drug War they poured gasoline on an admittedly brightly flaming candle. As President George H.W. Bush told the American people, every drug user and dealer will be apprehended and punished. Our court and incarceration system was inundated and addiction grew exponentially while the drug problem snaked into pastoral landscapes and quiet little country towns.

In the film, Williams examines the much more successful HIV/AIDS campaign. People who were impacted and, critically, those who were not, marched in the streets in anger, demanding a cure. They were emboldened by celebrities as noted as Princess Di, Liz Taylor, Madonna and Bono. Today, there is community compassion and a significant positive medical treatment plan.

This is the kind of mandate Williams and his wider group of AA advocates want to press for addiction. They are campaigning for the survival of America and its culture. With drugs and alcohol come hopelessness which leads into a cycle of helplessness which undermines the spirit of a nation and its productivity.

AA is now asking for a rise up — an aggressive stand for the medical and social support. As Kristen Johnston, author and actress, explains in the film, “Whether we want to admit this or not, this is our Black Plague.”

While “The Anonymous People” is available for viewing on Amazon, it will also be co-presented on Nov. 20 with the Mental Health Association of Portland, Oregon, at the Northwest Film Center. A panel discussion will follow the screening. The book behind the movie, by Bud Mikhitarian, the film’s writer and cinematographer, is called “Many Faces, One Voice.”