Trailer Talk: ‘Dimensions: A Line, a Loop, a Tangle of Threads’ 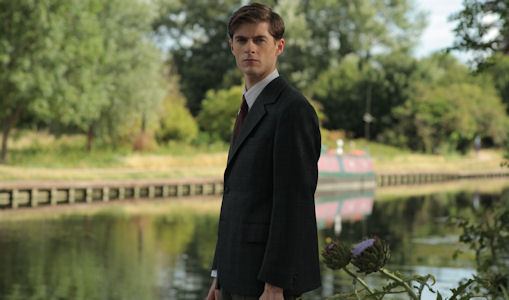 What would you do if you discovered time travel could be possible? Would you revisit your childhood? Rediscover a lost love?

Those are just a few of the ideas at the heart of “Dimensions: A Line, a Loop, a Tangle of Threads.” Stephen (Henry Lloyd-Hughes) is a young man living in Cambridge, England, in the 1920s and ’30s whose encounter with a whimsical professor (Patrick Godfrey) at a garden party changes his life forever. The Professor explains the possibility of manipulating other dimensions, and that, by extension, time travel may not be as unattainable as people think.

Stephen dedicates his life to proving the Professor’s theories are true, driven by love, obsession and jealousy.

A sci-fi period piece is no small feat, and it was a labor of love for husband and wife film-maker team Sloane U’Ren (director and production designer) and Ant Neely (screenwriter and composer). They sold their house in England to bring the film to life. Both have had successful careers in the industry (she’s been an art director and set designer on films like “Harry Potter and the Half-Blood Prince” and “Batman Begins,” his music has been heard on television shows such as “Six Feet Under” and “Boston Legal”), but what they wanted most was to make their own movie.

The filmmakers have described the film as being made on a “microbudget,” so I was taken aback by the high quality of the trailer. Though they may not have had a lot of money, it looks like they took it a long way. “Dimensions” looks like an original film that immediately piques my interest as a huge fan of both sci-fi/fantasy and British period pieces, so I hope it finds distribution on my side of the pond.

“Dimensions” also stars Camilla Rutherford, Olivia Llewellyn and Sean Hart and is slated to debut at the Cambridge Film Festival in September, alongside screenings of films like “Tinker Tailor Soldier Spy,” “Drive,” “Red State” and “Midnight in Paris.”

Check out the trailer below, and learn more about “Dimensions” at dimensionsthemovie.com.