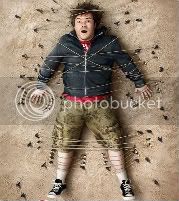 “Black is the New Big” is the new tagline for the upcoming, and highly anticipated, “Gulliver’s Travels.” The film stars Jack Black as Lemuel Gulliver, who many of us remember from our childhoods either from the book by Jonathan Swift or the various movie interpretations stemming back as far as 1939.

As this movie fits the mold for a Christmas release — family oriented, light hearted, and humorous — it comes as no surprise to me that the film is set for release on Dec. 22, 2010. This is the type of movie that can bring in a steady, if not heavy, cash flow around the holidays, especially with Black headlining.

In this adaptation, Gulliver is a travel writer who takes on a writing assignment in Bermuda, the triangle of course. However, he ends up on an island known as Liliput where he is a giant in contrast to its inhabitants. The princess on the island is played by Emily Blunt and the king and queen by Catherine Tate and Billy Connolly. Jason Segel of “Forgetting Sarah Marshall” plays Horatio and has jokingly stated that he spends most of the movie in Black’s shirt pocket. Speaking of “Sarah Marshall,” Nick Stoller who directed “Forgetting Sarah Marshall” and wrote/directed “Get Him to the Greek,” teamed up with Joe Stillman, writer of “Shrek,” for the “Gulliver’s Travels” script. “Shark Tale” and “Monsters vs. Aliens” director Rob Letterman takes the reins for “Gulliver’s Travels.”

I am anxious to see this movie and what it has to offer. It seems that people’s reactions are mixed. I have heard a lot of Internet chatter comparing Ted Danson to what Jack Black might bring to the role of Gulliver. Ted Danson played the part in a TV version of the story in 1996 and is undoubtedly a fan favorite. I am particularly curious to see what Emily Blunt does in a film like this. She stole the show, for me, in “The Devil Wears Prada” with some of the movie’s best one-liners.

“Gulliver’s Travels” will, of course, be released in 3D and considering the fact that Black’s character is a giant amongst men, there is no doubt in my mind that the movie will be stunning visually. My one reservation would be Black acting too silly. Yes it is a silly movie with a silly plot and childlike fantasy sequences, and in that aspect there’s no need for an actor to over-stretch their comedic interpretations — it’s built into the foundation. I will definitely be checking this one out, and if Black is the new big, my guess is, you’ll never go back.