Trailer: The Rape of Recy Taylor 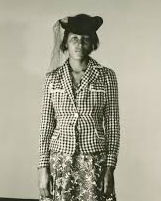 Oprah Winfrey announced the December death of Recy Taylor during her powerful 2018 Golden Globe Cecil B. DeMille Award acceptance speech. She let the world know of Taylor’s gang rape by white boys, her courageous accusation, her connection to Rosa Parks and how that influenced Rosa Parks’ 1955 bus ride and the precipitation of the Civil Rights Movement.

“The Rape of Recy Taylor” is a powerful historic documentary by Nancy Buirski. It speaks to the confessions without arrest, the Civil Rights Movement, women’s rights and the prejudices carried into the 21st century.

“The Rape of Recy Taylor” is playing during the Portland International Film Festival on Feb. 19 and 24 in Portland, Oregon.