Earlier than first reported in July, “Resident Evil: Damnation” will be available on DVD and Blu-Ray on Tuesday, Sept. 25. This is fantastic news for fans of “Resident Evil: Regeneration” and the lucrative zombie-killing video game franchise.

To celebrate the film’s release, It’s Just Movies, in association with the fab folks at Sony, is giving away an amazing gift pack to one lucky reader and here’s what’s in it:

Pretty great swag, right? To win, all you have to do is “like” the official Facebook pages for “Resident Evil: Damnation” and “Resident Evil: Retribution,” then hit the box on the right with your favorite Resident Evil character from the video games (make sure to use your correct e-mail so we can contact you if you win). You must be a U.S. resident to enter.

For those unfamiliar with Resident Evil: Damnation and what the film is about, check out the synopsis below:

United States Special agent Leon S. Kennedy sneaks into a small Eastern Europe country to verify rumors that Bio Organic Weapons (B.O.W.s) are being used in war. Right after his infiltration, the US government orders him to leave immediately. Determined to uncover the truth, Leon ignores the order and enters the battlefield to end the chain of tragedies caused by the B.O.W.s.

You can see an exclusive clip from the movie HERE.

Good luck everyone. The deadline for the contest is midnight on Sept. 28 (3 a.m. EST). The winner will be notified by e-mail. In the meantime, go see “Resident Evil: Retribution” in IMAX 3D. 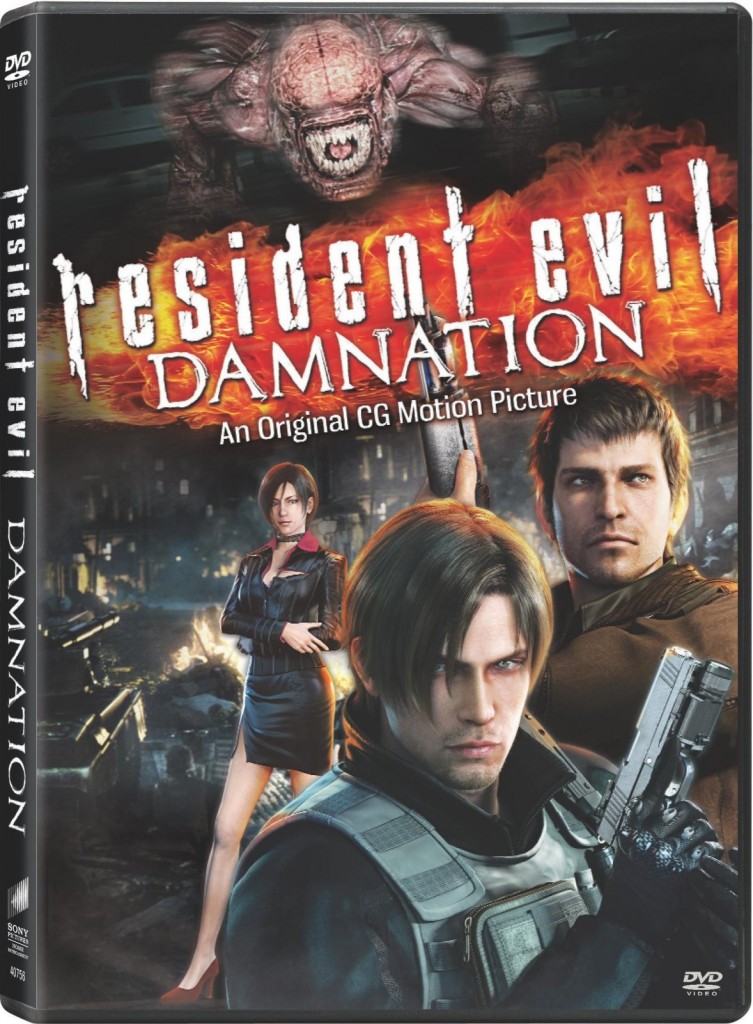