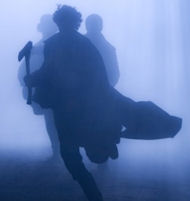 For those who did not attend the panel where Bekmambetov, Benjamin Walker and author Seth Grahame-Smith made an appearance, the action-packed sequence features Lincoln and Will Johnson (Anthony Mackie) defending themselves atop a speeding train from an evil vampire leader, played by Rufus Sewell.

I was impressed by the footage as well as the music that accompanied it. Scored by “X-Men: First Class” composer Henry Jackman, the arrangement was the perfect accelerator for the gripping scene.

Many may balk at this film for its title. Even I think it’s ridiculous. But beneath all the absurdity, lies a serious tone. Grahame-Smith let it be known during the Q & A section at WonderCon that Abraham Lincoln is his favorite president and to him, he was a hero. This film pays homage to him.

Here is the new poster: 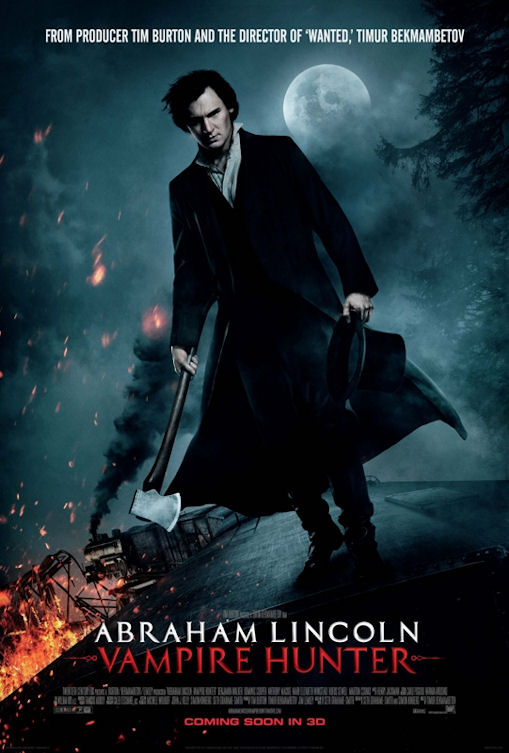 In addition, a new trailer hit the web shortly after the convention.

Check the video below and stop it at :55. Isn’t Lincoln’s silhouette pretty badass?

If nothing else, “Abraham Lincoln: Vampire Hunter” looks to be a fun ride, one I plan to experience Aug. 3 when the film opens nationwide.

What are your thoughts on “Abraham Lincoln: Vampire Hunter”? Is the concept too silly or will you be able to suspend enough disbelief to enjoy it?