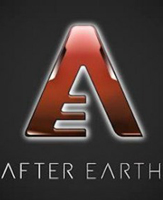 When it comes to survival, we could all use a pointer or two from an expert. Overbrook Entertainment with Sony Pictures Entertainment have teamed up with Generator to develop a seven-episode web series inspired by themes from the upcoming action movie “After Earth,” which hits theaters theaters May 31.

In “After Earth,” a crash landing leaves teenager Kitai Raige (Jaden Smith) and his legendary father Cypher (Will Smith) stranded on Earth, 1,000 years after cataclysmic events forced humanity’s escape. With Cypher critically injured, Kitai must embark on a perilous journey to signal for help, facing uncharted terrain, evolved animal species that now rule the planet, and an unstoppable alien creature that escaped during the crash. Father and son must learn to work together and trust one another if they want any chance of returning home.

Hosted by Les Stroud, the star of the hit TV series “Survivorman,” the Generator video series is a companion to the “After Earth” film. Fans can follow Les through the weekly series as he takes on challenges inspired by the film, such as overcoming extreme hunger, combating dehydration, and surviving freezing temperatures.

The official episode guide is as follows:

-Episode 1: Take a Knee
-Episode 2: How to Survive Cold
-Episode 3: How to Find Water
-Episode 4: What to Eat
-Episode 5: Navigation
-Episode 6: In Case of Injury
-Episode 7: Masking Fear

Watch the first two episodes below:

New episodes will be released weekly on the After Earth official store website (http://www.afterearthstore.com/home), as well as the official Facebook page, and YouTube channel. The episodes also can also be found on the movie’s official web site, AfterEarth.com.

Tags: "After Earth", Jaden Smith, Will Smith
Posted 05 May 2013 by Guest Writer in Features, News