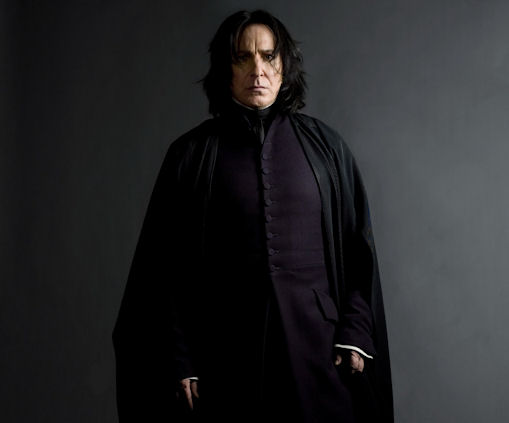 After reading the following heartfelt thank you and farewell from “Harry Potter” star Alan Rickman, I couldn’t help but became a little ferklempt (choked up with emotion for those who don’t remember “Coffee Talk” with Mike Myers).

For a decade, Rickman has portrayed Defense Against the Dark Arts instructor and Potter’s nemesis Severus Snape with alarming perfection. Not only does Rickman bestow his gratitude in the note below through Empire Magazine, he acknowledges J.K. Rowling’s talent and influence as a writer. 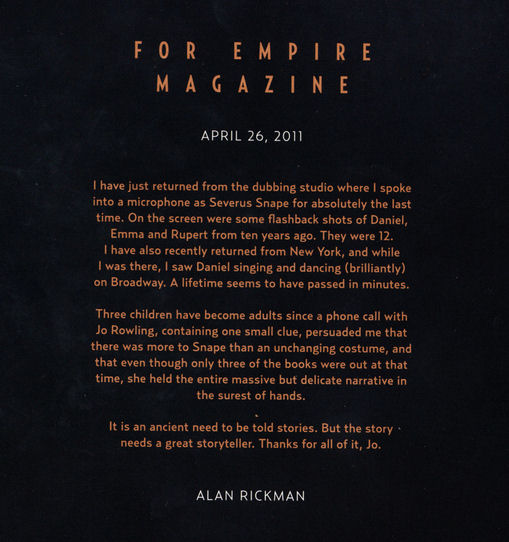 I agree with his sentiments. And Rickman deserves a thank you, too. He simply is Severus Snape. No other actor could have done the conflicted character justice.