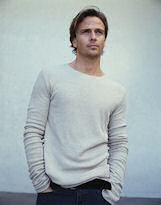 It’s not often that an actor gets the opportunity to play an iconic character in his or her lifetime. It’s rarer still that they get to play two of them.

Sean Patrick Flanery is one of those rare actors. And better yet, he did one (Indiana Jones) when he was young and the second (Connor McManus) as an adult.

Granted Connor McManus — one of two brothers on a mission in the “Boondock Saints” movies — is nowhere near as well known as Dr. Jones, but to fans of “The Boondock Saints,” he might just be more important.

With a new movie in theaters on Oct. 30 — “The Boondock Saints II: All Saints Day” — Connor McManus and his brother, Murphy McManus (played by Norman Reedus), are back in action 10 years after appearing in the first movie.

I had the opportunity to speak with Flanery over the phone and he proved to be self-effacing, unguarded and pretty hilarious.

I started off by asking him how it felt to finally be talking about the long-awaited sequel.

“I’m over the moon. When the first one became a DVD success, we were hoping there’d be an opportunity to do a sequel. But you never know.”

As an actor, Flanery said he has a specialty.

“I make movies that nobody sees.”

However, he admitted, he also gets to act in movies that are a lot of fun to make. 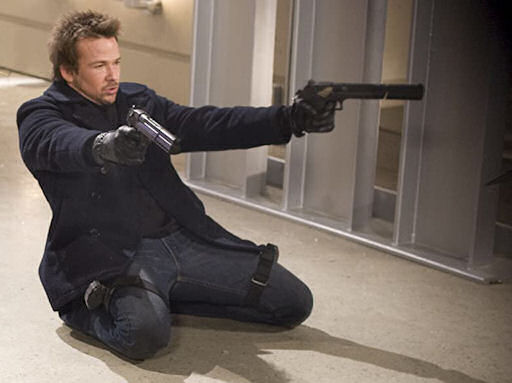 “I think it’s every kid’s fantasy — playing with guns and shooting bad guys.”

And, Flanery said, “The Boondock Saints” sets may be the most fun of all.

“It’s like a boy’s club. These are actually dudes I hang out with. It makes for a very fun set.”

Flanery said he feels like that environment presented itself onscreen in “Boondock Saints 2.”

“It’s a fun, fun movie. It doesn’t take itself seriously.

When I asked Flanery whether fans tend to ask him more about “The Boondock Saints” or “Young Indiana Jones,” he didn’t hesitate with his answer.

“It would definitely be ‘Boondock Saints.’ No question. I was very proud of ‘Young Indiana Jones.’ I just wish more people saw it.”

However, Flanery said, he is “pretty lucky” to have had the experience of playing the younger version of Indiana Jones.

I asked Flanery how he selects his film roles.

“I choose my film roles very specifically — it’s what they let me do. I mean, I’m not turning down ‘Mission: Impossible.”

“I would totally do ‘Mission: Impossible.’ Totally.”

As far as other roles Flanery might like to take on in the future, he was quick on the draw.

In fact, Flanery said, while some people are wondering why “Boondock Saints” is showing initially in only 60 theaters, he sees that as a positive.

“The fact that it’s going to 60 theaters is something I’m stoked about.”

If Flanery’s answers about his movies don’t sound like the typical diplomatic “actor speak,” it’s because that’s just who he is.

“I’m an atypical actor. I speak my mind. I don’t have a publicist sitting next to me watching what I say.”

In that regard, Flanery resembles Troy Duffy, the out-spoken writer-director of the “Boondock Saints” movies.

“Troy is always just who he is. I wish there was more of him.”

On the documentary “Overnight,” which presents Duffy as an egomaniac (or worse), Flanery said the director was treated unfairly.

“He was edited in a way. He’s a good dude. I’ve never seen him be an ass to anyone.”

So, how does reteaming with Duffy for “The Boondock Saints III” sound?

“It sounds killer. I’d do 10 of these. With the way the world is today, the Saints need to be in every city.”