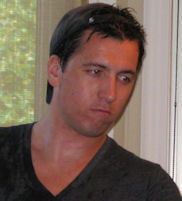 Jared Pelletier first got interested in film when he was only 6.

At the age of 20, he already has several short films under his belt, including “In The Heart of Men,” a film that took top honors at the Arizona Film and Media Expo (AZFAME) Short Film Festival.

Pelletier’s success is international, via the festival circuit, and he currently is working on “Halo: Faith,” based on the video game “Halo.”

Though his schedule is busy, he was nice enough to answer a few questions for It’s Just Movies so we could get to know this up-and-coming director and learn more about the unique vision in his work.

It’s Just Movies: How did you first get involved in the film business?

Jared Pelletier: It’s hard to say how I first got involved. Everything is a progression on past work leading me to new places. Initially, it began with film festival selections a couple years back. That early recognition led me to believe I was pursuing the right career, and I then decided to continue working full time on future projects.

IJM: Has your career transpired the way you expected? What has been the biggest surprise thus far?

JP: Things have been moving much faster than I ever thought. This industry is incredibly unpredictable. For me, personally, I don’t see this rapid progression unless others point it out or I take a step back and really map out where I was a few months before. I think the biggest surprise has been the incredible support from people all over the world contributing to both my personal progression and that of my career. It’s very humbling to have the support of so many people.

IJM: Your films all seem to tell a story from a great viewpoint. Is there a particular event that inspires the content?

JP: I try to tell stories from a more isolated perspective than other filmmakers might. I almost always use one character as the driving force behind everything in the picture. Perhaps this is the nature of working with short form content, but overall I really think this gives the audience more opportunity to relate in a stronger way. I’d much rather get the story and message across through a powerful and relatable character, than a series of events.

IJM: What filmmakers have inspired you?

JP: This list is extensive and changes frequently. [Steven] Spielberg — a cliché response, I know — has always been a huge inspiration to me. His unique style and ability to tell any kind of story in such a polished manner plays into the way I approach a new film. James Cameron has inspired me to push the boundaries of technology, as I’m doing with my latest film, “Halo: Faith.” Overall, the filmmakers who inspire me are the ones who change the form of cinema, whether it’s technically or through the storytelling. These are ultimately the filmmakers we know by name and remember.

IJM: How do you choose which projects to do?

JP: I try to do something different every time. I’ve had the opportunity to take on some very interesting projects, but went in a different direction because they didn’t challenge a new skill set. I’m always looking for something interesting and new, something that will push me further than the last project. If the script or process is simple, it probably isn’t for me.

IJM: At the film festivals, you just didn’t win, you made a sweep. Were you surprised by all the wins?

JP: Absolutely surprised. Recognition for your work is always a great honor, but not something you expect. I don’t make films for awards, I make films to entertain and educate. The awards certainly are a great indication that both my team and myself are heading in the right direction, which is encouraging for everyone. However, what drives me to push forward are not awards, but the motivation from those who think I shouldn’t have won.

JP: I do. I think it’s interesting to see what other filmmakers are doing, and to be inspired. I’ll actually watch a number of festival films to pick up trends — and there are many — to see what most people in the industry are doing. I then base my future projects around where I believe the independent industry is going to be in a few years. I think it’s extremely important to stay ahead of the curve with my content, as it is in any industry.

IJM: Of all the gamer movie possibilities to do, what drew you to “Halo”?

JP: The main thing that brought me to make “Halo” was the incredible challenge. This has required more post-work than any of us anticipated, but has been an amazing learning experience. A number of game-based films had been done and released on the Internet before; many to a great standard of quality. I wanted to push this standard and technology miles further than anyone had before. If I had known how much work this project would require before we started, I might not have done it. Thankfully, I didn’t know!

IJM: In making “Halo: Faith,” did you work with the creators of “Halo” regarding the day-to-day challenges of creating the “Halo” world?

JP: We didn’t work with anyone directly from Bungie or 343 when it came to writing the screenplay or determining the overall look and feel of the world. However, we did consult a number of knowledgeable people who know the ins and outs of the Halo universe. This included our actors Ryan Memarzadeh and Jake Commons, who were also script contributors. The biggest challenge here was creating something new, something the fans have never seen in the games, but still remaining loyal to the established brand.

IJM: With all the scenes and environments you knew you’d have to create, have the challenges ever been more than you anticipated?

JP: Without a doubt. Everyday there is a new challenge. J.C. Garcia (post production producer/fx supervisor) has been a valuable asset and is able to guide the process with great efficiency and dedication. He really pulls us through every major challenge. Of course, the contributions of artists from great FX houses such as ILM and WetaDigital enables us to overcome challenge and deliver an amazing result.

IJM: On the score of the film, are you looking to stay true to the game or do you plan to inject some different kinds of music into it?

JP: We’re definitely staying true to the sounds of the game, but we’re also adding our own sounds. In working with two talented composers (Daniel Ciurlizza and Giancarlo Feltrin), the sounds and fresh feel we have are incredible. I have full trust in their abilities to deliver a fantastic score. Everything about this project is about being bigger than anything before it, and for some time after. This mentality definitely doesn’t stop at the music!

IJM: You are working with some talented actors, such as Anthony Ingruber, Ryan Memarzadeh and Jake Commons. How did they adapt to working with all the CGI scenes? Were there any problems with the armor suits?

JP: There were definitely some big challenges here. Knowing how to convey a vision to the actors when they’re reacting to nothing is a big challenge in itself, and I needed to figure out how this was going to be done ahead of time. I decided to take a more minimal approach due to the fact that things may need to change in post given unexpected limitations. I’ve been very pleased with the results of their performances, and we’ve been able to blend the CG seamlessly with what they brought to the live action shoot.

IJM: Fans are extremely excited about the release in November. Are you interested in further exploring the “Halo” movies?

JP: We had some early discussions about a potential mini-series for release in 2012, along with two sequels to “Halo: Faith.” At this time, these aren’t projects I’m actively involved in as a director. These projects may get made, but I will likely be involved as an executive producer. I’m interested in moving on to other projects after “Faith” is completed.

IJM: What future projects do you have lined up?

JP: I have a feature film, which has been in the pre-production stages for a while now. No set time on when we’re going to be moving forward with it full time, as there are other projects on the go. I’m going to be taking a break from “Faith” in a few weeks to begin shooting a new film also to be distributed on Machinima. The trailer is scheduled to be released this fall. I can’t release any detail on that one just yet, but I think it’s something fans are going to be very excited about and builds significantly on my experiences with “Halo: Faith.” I wanted to move on to something with a very strong story and script, a longer film, still balanced with spectacular, groundbreaking visuals.

IJM: Do you have any dream projects?

JP: It’s tough to say. My interests change rapidly as I grow as a filmmaker and a person. I, of course, want to be making mainstream studio content. For example, I’d love to be directing the feature “Halo” film or something of that nature. More than anything, I dream of being able to work with the filmmakers I’ve always looked up to.

IJM: Do you have a website set up where all of you films can be accessed so all can view your past work?

JP: A number of my films cannot currently be distributed online due to festival regulations. You can see trailers to my award-winning film “In the Hearts of Men” along with one of my earlier amateur projects “Last Minute” at www.youtube.com/MajicPictures.

IJM: Is there anything else you would like to add?

JP: Everyone needs to pursue his or her dreams and ambitions. The world will be a better and more productive place for it. I don’t like the image society creates when it comes to success and conforming to a system for success; a system which often leads to mediocrity and doesn’t allow the full potential of so many talented individuals — this goes for anything, not just film. Take risks, don’t fear failure. As Robert Kennedy once said, “Only those who dare to fail greatly can ever achieve greatly.” 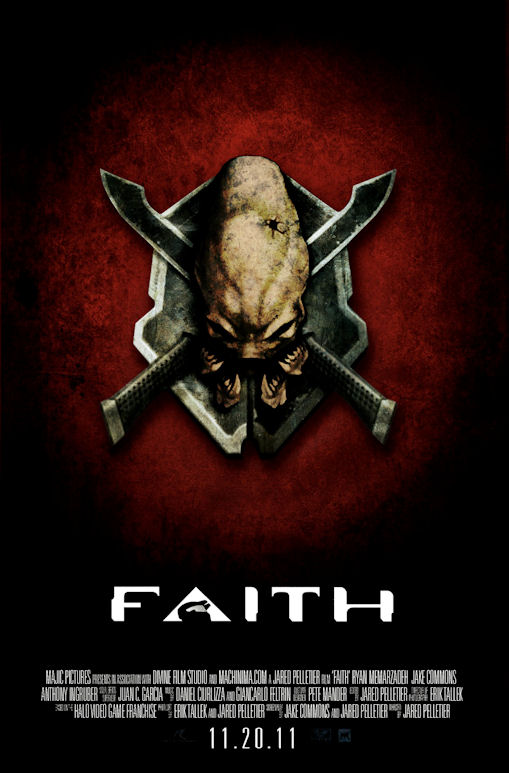