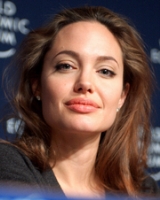 Graham King and his producing partner Tim Headington, together with Peter Schlessel, CEO of FilmDistrict, announced in Cannes that Angelina Jolie’s directorial debut, “In the Land of Blood and Honey,” which was also written by Jolie, will be released by FilmDistrict, a subsidiary of GK Films, in the U.S. on Dec. 23.

“In the Land of Blood and Honey” is set against the backdrop of the Bosnian War in the ‘90s. The film illustrates the consequences of the lack of political will to intervene in a society stricken with conflict.

“The film is specific to the Bosnian War, but it’s also universal,” said Jolie. “I wanted to tell a story of how human relationships and behavior are deeply affected by living inside a war.”

“Working with Angelina on this film and story has been a great collaboration and I am extremely proud of this film,” said King. “The film-making is impeccable, and signals the arrival of a visceral and compelling storyteller.”

“In the Land of Blood and Honey” features a completely local cast, most of whom were children of the war. The film was simultaneously shot in English and their native language. During the time of the war, the language spoken was Serbo-Croatian and is now referred to as BHS. FilmDistrict will release the English language version on Dec. 23.

“The former Yugoslavia has a rich history of dramatic arts. The cast was extraordinary. I was privileged and honored to work with them and I am very excited for everyone to see their immense talent,” said Jolie.

“In the Land of Blood and Honey” stars Zana Marjanovic, Goran Kostic and Rade Serbedzija.

Tags: "In the Land of Blood and Honey", Angelina Jolie, Goran Kostic, Rade Serbedzija, Zana Marjanovic
Posted 18 May 2011 by Admin in News