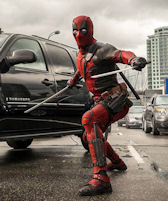 There has long been a perception in Hollywood that films rated R are not profitable. Why? Because according to the charts, the most common film-goers are teenagers. So, a film with an R rating means that you are cutting off a large portion of your prime audience. It makes sense, on paper.

Whether it was or wasn’t logical, the statistics meant major mainstream studios stopped making films with an R rating around the mid-2000s. What followed was a veritable drought in cinemas of anything with more than a PG-13. Likewise, much controversy ensued as films that, most audiences agreed, should have had an R rating were toned down, and instead made suitable for younger viewers.

But, with R rated films now suddenly making a major comeback, thanks in no small part to “Deadpool,” was there ever any logic to studios believing that an R rating was harmful to a film’s success?

“Deadpool” – A Hollywood Miracle
Ryan Reynolds pulled nothing short of a Hollywood miracle when he turned Deadpool, a relatively unknown superhero, into a massive success. Not in the least because he had solidified his name as superhero kryptonite, staring in “Green Lantern,” one of the least successful superhero films.

But along came “Deadpool,” complete with R rating. On a modest budget of $58 million, more than $783 million was earned. To say it was explicitly due to the violence, crude jokes and sex might not be accurate, but it certainly didn’t hurt. The movie turned out to be suitable for just about everything, from date nights to guys’ nights out, and it changed the way studio bosses looked at that R rating.

It was revealed the film was nearly canceled on multiple occasions, with Fox specifically concerned about the rating. Reynolds, however, fought to keep the project alive for more than a decade, refusing to let it ever get watered down, or be given the PG-13 treatment. It paid off, much like playing online blackjack could. 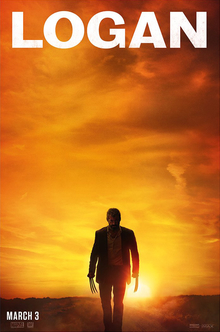 With “Deadpool” cleaning up at the box office, “Logan” soon followed, likewise having an R rating, and showing a much more violent Wolverine than ever before. Another success, it seemed to indicate that anything with an R and a superhero attached to it was a Golden Goose.

But then in 2019 came “Hellboy.” It had a superhero, it had an R rating. “Let’s sit back and watch the money roll in,” the studio must have thought. Hoever, the film flopped, and it faded away into obscurity rather fast.

No Magic Formula
To put it simply, there is no magic formula or straightforward psychology that will guarantee success for a film. The more recent iteration of “Hellboy” would have been bad were it rated PG-13 or not. The problem is that many, if not all, production studios in Hollywood, bank on statistics, and leaning towards the best possible chances of success. Adding or removing an R rating does not automatically make a film better or worse. Some films just benefit from certain content, and others don’t. The trick is that film has to be at least passable in the first place.

Deciding to keep movies teenager friendly has seemed like a logical idea. But, altering franchises such as “Die Hard” in order to make more money, based on demographics, was never a good idea.

Perhaps Hollywood is learning this?