Review: The Reports on Sarah and Saleem 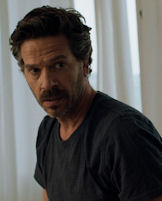 The most important ingredient in a great thriller is guilt, and right from the starting gun Sarah and Saleem have it in spades. Undeniably, the most inexplicable yet undeniable failure of human judgment is the extra-marital affair. Almost always doomed to failure, the sensual fling hurts everyone around the perps more than the perps themselves, although the principals get it in the end right between the eyes.

In this, his tough, edgy and super-successful second feature, the master stroke of Palestinian director Muayad Alayan is to magnify this misery in the fecund petri dish of rotten Israeli/Palestinian politics. An otherwise happily married Islamic man and Jewish woman having an extra marital affair in a crucible of religious/cultural hate going back millennia? What could go wrong?

Alayan couples the daily struggle of living in an area doomed by political failure and economic hardship with the unavoidable foibles of human emotion. That’s bad enough, but so much worse in an emotional environment where otherwise normal people are born and bred to hate each other.

There is no back story to the affair of the Jewish Sarah and the Palestinian Saleem, which seems, in and of itself, to be the most absurd and ill-advised of peccadillos. Fair enough, the viewer must suspend disbelief and accept that people fall in love in all the wrong places. No one asked why Marion and Sam fell in love and stole the money in “Psycho.”

Sarah and Saleem live and love in relatively liberal Jerusalem, where modern, liberated Sarah owns a small but thriving café. Palestinian Saleem is, of course, not so lucky. He ekes out a living as a brow-beaten delivery driver and never has enough money to pay the bills and support his pregnant wife. As the pile of tropes gets bigger and bigger, he is forced by his evil brother-in-law to deliver sketchy goods to a customer over the line in Palestinian Bethlehem. People are no good. The world is no good. Love stinks!

Solid direction is propelled into riveting intensity by the superb performances of Sivane Kretchner and Adeeb Safadi. As Kretchner’s sexual energy simmers off the screen, there is no end to which man would not go. As in any good noir, she takes advantage of strong and studly Saleem, using his pride as a lever to bend him to her will. This is a pro-Palestinian movie, so winners (Israelis) are never convicted of war crimes. But the real villains are the world’s developed nations that use the Middle East as their surrogate fight club, at the expense of the vulnerable and marginalized.

Powerful, stripped down cinematography by Sebastian Bock and solid supporting performances by violated spouses Maisa Abd Elhadi and Ishai Golan make this a must-see commentary on life in the crucible and, hopefully, an exciting promise of things to come from this cast and crew.