Review: Toni Morrison: The Pieces I Am

“If there is life on Mars, they are reading Toni Morrison to find what it means to be human,” matter-of-factly says Farah Griffin, a professor at Columbia University. 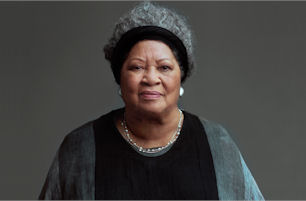 My first exposure to Morrison was through “Beloved.” A group of 10 teachers and I had intended to read her book, see the movie together, and eat in a reserved room afterward to discuss it all. Most of us, including me, had not found the time to read the book, so the movie was a shock. We sat down to our Italian dinner but had lost our appetites. We had not expected this movie that Oprah Winfrey had advertised, produced and starred in to load such a punch to the gut.

Oprah explains in “Toni Morrison: The Pieces I Am” that after reading this book she had to get hold of Morrison, but had no phone number to call – so she called the fire department in the area where she knew Morrison lived. She had begun Morrison’s “Beloved” in the morning and had read it non-stop all day. She was overcome and summarizes her take-away: “In spite of all you’ve been through, slitting your own child’s throat so not to be in slavery – that you can still grow from that pain and learn to love again.”

Morrison’s work is like this – a punch that you’re not sure you can handle. A punch that is a wake-up to the reality of life and a challenge for me and my group of teacher friends.

“Toni Morrison: The Pieces I am” begins as a hand directs an overlapping collage in progress: part of a picture of a beautiful girl, a rectangle of wood grain, a portion of a color portrait, one in black-and-white, a strip of black and white stripes and over that daisies, then gold dots on white, hairstyles one on top of the other, facial expressions cut and erased and then, finally, a full, beautiful, complete likeness of Toni Morrison looking absolutely beautiful and regal at 88.

Directed by Timothy Greenfield-Sanders, a friend of Toni Morrison’s for over 35 years, the film is itself a moving, loving collage of colleagues, proteges, archival footage, family photos, paintings, nature scenes, and historical documents.

Greenfield-Sanders, who specializes in photographs of world leaders and major cultural figures, began his work in documenting great artists using film in 1997. This documentary is specifically a tribute to Toni Morrison’s contribution to literature that culminates in a Nobel Prize in Literature.

After reading “Song of Solomon,” a book Morrison published in 1977, Oprah repeats the ending words, “She was loved.” And then goes on to say, “That is the anthem for any life. You can do whatever you do on the planet. The essence of what it means to be human, to be alive and to do well on earth. And we can say the same thing about her. She is loved.” 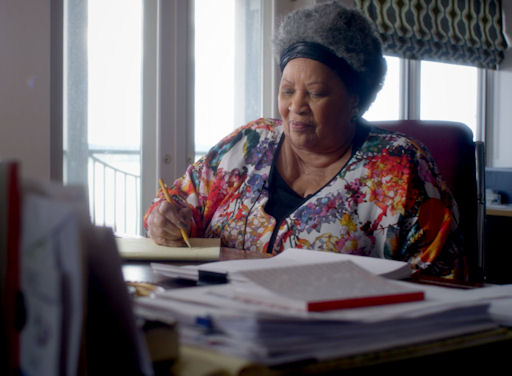 “Toni Morrison: The Pieces I Am” premiered this year at the Sundance Film Festival and will open in New York City and Los Angeles on Friday, June 21 followed by San Francisco, Washington DC, Atlanta, Dallas, Houston, Philadelphia, and Boston on June 28 and further expansion in July.