As I Lay Dying pulled from theatrical release

Although films change release dates all the time, it isn’t very often that one goes from a limited theatrical release to a VOD and DVD-only release just a few days before it is due to hit theaters. But this is exactly what has happened with “As I Lay Dying,” written and directed as well as starring James Franco.

Based on the novel of the same name by William Faulkner and published in 1930, “As I Lay Dying” is considered to be some of Faulkner’s best work and is ranked as one of the highest ranking novels of the 20th century. “As I Lay Dying” tells the dramatic story of the Bundrens, a poor Southern family in Mississippi preparing for the death of their mother and matriarch Addie (Beth Grant). As her son Cash (Jim Parrack) builds her coffin outside her window, Addie passes away. Her final wish was that she would be buried the town of Jefferson, but this will be no easy feat as the rivers they must cross have been flooded and the majority of the crossings are gone.

Addie’s other sons, Darl (James Franco) and Jewel (Logan Marshall-Green), along with their unwed pregnant sister Dewey Dell (Ahna O’Reiley), younger brothers and her husband Anse (Tim Blake Nelson), begin the journey that will test their physical strength as well as emotional resolve to fulfill their mother’s last wish. 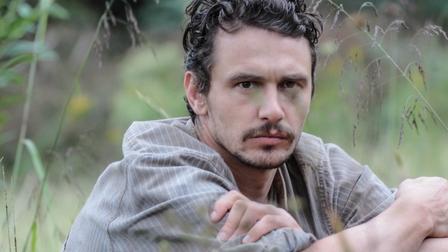 I can see the need for this particular film to be marketed more toward the indie film-loving crowd, rather than mainstream movie-goers. I do, however, think that it is a slight miscalculation on Millennium’s part to completely remove it from the theatrical release slate. If they were to do it on a very limited scale, and allow the film to build momentum and praise (assuming it is, in fact, a good movie) then you could pull it from theaters and offer it to iTunes and VOD services where people will be able to see it after hearing something about it and might be more inclined to purchase the film.

Franco is at the height of his career right now and even though this is not the type of movie most of his young adult fans might appreciate, the success and recent re-release of “This is the End” back into theaters as well as the upcoming DVD release has his face out there right now in a way that can only help “As I Lay Dying” make some money.

The film premiered at the Cannes Film Festival in May and received favorable reviews, but I am wondering if the studio is worried about the old-fashioned period family road trip movie going up against the wide release of Ron Howard’s “Rush” as well as Joseph Gordon Levitt’s “Don Jon” and the animated sequel “Cloudy With A Chance of Meatballs 2” opening this weekend.

“As I Lay Dying” will forego its Sept. 27 release date and instead be available exclusively in the iTunes store Oct. 22, with a later VOD release and then onto DVD and Blu-Ray Nov. 5. The film also stars Danny McBride, Jesse Heiman, Scott Haze, Brady Permenter and Casey Dillard.

If you are unfamiliar with “As I Lay Dying,” you can watch the theatrical trailer below: