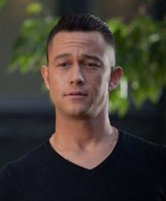 “Don Jon” was written and directed by Joseph Gordon-Levitt – who also stars in the movie – and I must give Gordon-Levitt a standing ovation because he has connected with both men and women on the topic of sex, which is very hard to do. Sex is a topic that many people get uncomfortable talking about, but Gordon-Levitt’s film provides us with a more meaningful insight into sexual exploration.

Gordon-Levitt plays the role of Jon Martello, who gets more women than a fertility clinic. Jon says that he is a simple guy who happens to loves women and pornography. But his obsession with pornography leads him to have unrealistic ideas about sex and love, thereby hindering his relationships with women.

Among the many “10s” that he joins up with is Barbara Sugarman (Scarlett Johansson), and Jon is stricken like a puppy when he meets her. It is Sugarman who introduces Jon to the alienated feeling of Love.

Gordon-Levitt does a excellent job of keeping both sexes happy during “Don Jon,” which should be at least considered for a few awards for its script and direction (and, as an aside, one thing I enjoyed about this film is that the trailer did not give out any of the major plot details).

Everyone in the cast did an amazing job in their roles – with the unfortunate exception of Johansson, who just did not come off as believable, in my humble opinion. Or, to be fair, maybe her acting was simply overshadowed by the performances given by Gordon-Levitt and Julianne Moore. Moore, by far, had the best role and Tony Danza played a great Jon Martello Sr.

“Don Jon” will be released worldwide on Sept. 27. Go check it out.