“Foreign position with dorm living, air conditioning and $2.99 per hour! You can sit. Easiest work you can find – making new phone products!” announces a job recruiter at an employment station in China.

Jessica Kingdon, a Chinese-American director/producer, has produced her last documentary in a series of three depicting life in China, especially for the working class. Revered for repetitive work, demanding precision and low wages, the high quality Chinese factory worker pool is decreasing. While factory supervisors press their crews to work faster, their employees are beginning to crack.

Years ago, raw from the backbreaking toil of subsistence farming, residents flooded the city marketplace looking for stable work. These people were pleased to have an indoor environment. They were grateful and easily managed by companies who included calisthenics and slogan repetition as part of their work day enrichment.

But years have passed and now Kingdon catches some of the back-biting comments between workers and their supervisors, indicating all is not well in the once seeming utopian Chinese factory world.

The catch is in the dramatic and long-term income and workplace inequality, where those at the bottom are kept there through insufficient pay, mind-numbing work and extraordinary long work weeks. These people are never paid enough to rise up out of the mechanistic jobs that suck their soul. Housing provided? The dorm “room” only serves as a cell, a casket if you will, with a bed. You cannot stand up. The loss of personal individuality and dignity is marked.

Kingdon’s observational documentary adds little narration. Instead, it acts like a fly-on-the-wall, providing realistic footage of its subjects. She shows the job application process, the job training, the job expectations, the entertainment and activities. From one perspective, it could have been an ideal situation, all of an employee’s needs being taken care of 24/7. But through Kingdom’s lens, we see dehumanization, a robotic existence where everything and everyone is scheduled and contained.

The epitome of this dehumanization is depicted at the human figure factory, where beautiful, perfect-looking, life-like, female mannikins made of silicone with western features are produced by women to be as anatomically correct as possible. There is no commentary. We only guess that these figures are the new partners of an automaton workforce.

Observational documentaries have no storyline nor spoken commentary on what we view. There is no distracting music. But bookending Kingdon’s video observations are the rather cynical poetic lines of her great grandfather, Zheng Ze, written in 1912: “Hand on my sword, I ascend the tower. I gaze afar, hoping to relieve my worries. The tower is too high to climb; instead, my troubles only grow. I ascend and gaze afar with a clear heart only to find that everywhere is already razed.” 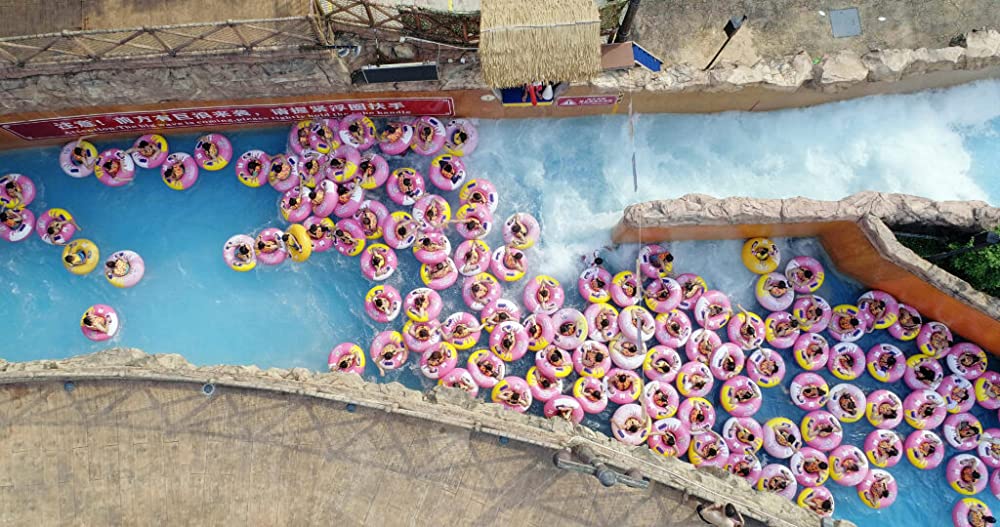 “Ascension” is the winner of the 2021 Tribeca Film Festival awards for both Best Documentary and Best New Documentary Filmmaker. It will be released in theaters (IFC Center in NYC) on Friday, Oct. 8.