Eric Bana, Edgar Ramirez and Olivia Munn have been signed to star in Screen Gems’ “Beware the Night,” a paranormal thriller produced by Jerry Bruckheimer Films. 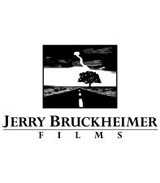 Scott Derrickson will direct the picture from a screenplay he and Paul Harris Boardman adapted. Production of the project is slated to begin in the Bronx on May 20. “Beware the Night” again teams Derrickson and Boardman with Screen Gems where their first film, 2005’s hit “The Exorcism of Emily Rose,” was made and distributed. The film reunites Jerry Bruckheimer with Eric Bana, who starred in the producer’s Academy Award-winning “Black Hawk Down,” directed by Ridley Scott.

“Beware the Night” is the story of a New York cop who meets a renegade priest when he is pulled into a case which the priest convinces him, against the officer’s religious beliefs, is demonic related. Together they work to solve the case and combat the paranormal forces working against them.

Bruckheimer stated, “‘Beware the Night’ is a project we’ve been developing for many years, confident that a story which combines the paranormal with a gritty New York City police story is both original and strongly appealing to audiences. We’re excited to work with Clint Culpepper and his team at Screen Gems, and director Scott Derrickson, who has emerged as a uniquely talented filmmaker with the ability to both entertain and terrify audiences in equal measure. We’re also thrilled to have Eric Bana, Edgar Ramirez and Olivia Munn, three really fine actors whose strongly defined roles in ‘Beware the Night’ will allow them to give full range to their skills.”

Bana will next be seen in “Closed Circuit,” a thriller debuting Aug. 28.

Ramirez made waves with his lead performance in director Olivier Assayas’ “Carlos,” for which he received Golden Globes, SAG and Emmy nominations, as well as a Cesar Win. He last co-starred in Kathryn Bigelow’s “Zero Dark Thirty,” and will star as “Simon Bolivar” in the expansive Latin American production, “Libertador.” Munn is currently shooting the second season of HBO’s “The Newsroom” and was most recently seen in “Magic Mike.”

“Beware the Night” was originally developed by Jerry Bruckheimer Films for The Walt Disney Company.