Although the wait preceding a first glimpse at any new comic character translated to film is always a bit of a chore, the build up to checking out Captain America’s trademark duds has been almost unbearably suspenseful. For unlike Spider-Man, Batman or Green Lantern, fans knew well that Cap’s outfit would require more than a few minor tweaks before being ready for immortalization on celluloid. I mean, c’mon, the man has mini eagle wings glued to his head and giant, floppy red pirate boots for Odin’s sake!

So, it’s something of a relief that the batch of revealing concept art depictions of Cap’s costume accidentally leaking out of Marvel HQ – which was then snapped up by the intrepid cyber snoops over at Ain’t It Cool – are both appropriately reverent to Joe Simon and Jack Kirby’s original design while also stream-lined and rejiggered enough to not make star Chris Evans look too silly.

I really love the practicality of this new costume, which eschews some of the classic version’s flash and flare in favor of functionality and protection. Obviously, the wings and swashbuckling boots are gone – with the latter replaced with some stylishly understated brownish-red combat issue-esque footgear – but also heavily altered is Cap’s striped mid-section, which now consists of a plain white segment complemented by two heavy-duty red straps holding his new hardcore armored shoulder pads snuggly in place (I could, and probably will, continue to wax poetic about this particular awesome addition until next summer when the flick hits theatres!)

All in all, it’s as good an adaptation as I could ever have hoped; both simultaneously modern and period-friendly. It still has the necessary amount of patriotic glitziness required to honor the character’s propaganda-friendly role within WWII-era American military society, yet also manages to make him look like one sufficiently tough customer. The frenzied fanboy in me can’t wait to see Evans plowing over fiendish swarms of cartoonish Nazi goons in it.

So, how do you Marvel-lovin’ IJMers feel about Cap and Thor’s movie costumes? Do they meet your loftiest expectations or should they be dashed upon the figurative rocks of bitter disappointment? Assemble your thoughts in our comment section or forum and let us know! 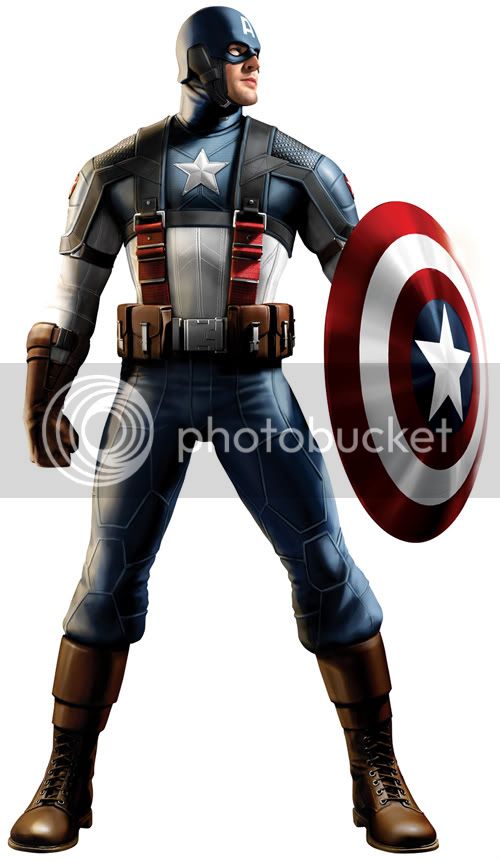