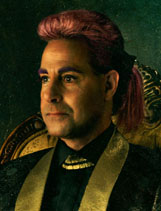 Lionsgate is continuing the promotional campaign online for “The Hunger Games: Catching Fire” by hitting up all the social media sites as well as the more popular entertainment sites. When releasing Effie Trinket’s couture portrait on their Tumblr site (on Instagram as well as Facebook and Twitter), Lionsgate left a clue with a photo of a golden cushioned chair with the hashtag #ApplausePlease.

And now the Capitol’s favorite interviewer and commentator has his own Capitol Couture portrait. It seems that Caesar Flickerman (Stanley Tucci) has left behind his indigo-colored hair in favor of a more magenta shade with hints of gold in his wardrobe.

Caesar is looking a little too somber for a guy who can make any tribute feel comfortable on a stage in front of millions of viewers, but being a public figure, Caesar is still looking quite dapper and continues to be a trendsetter. 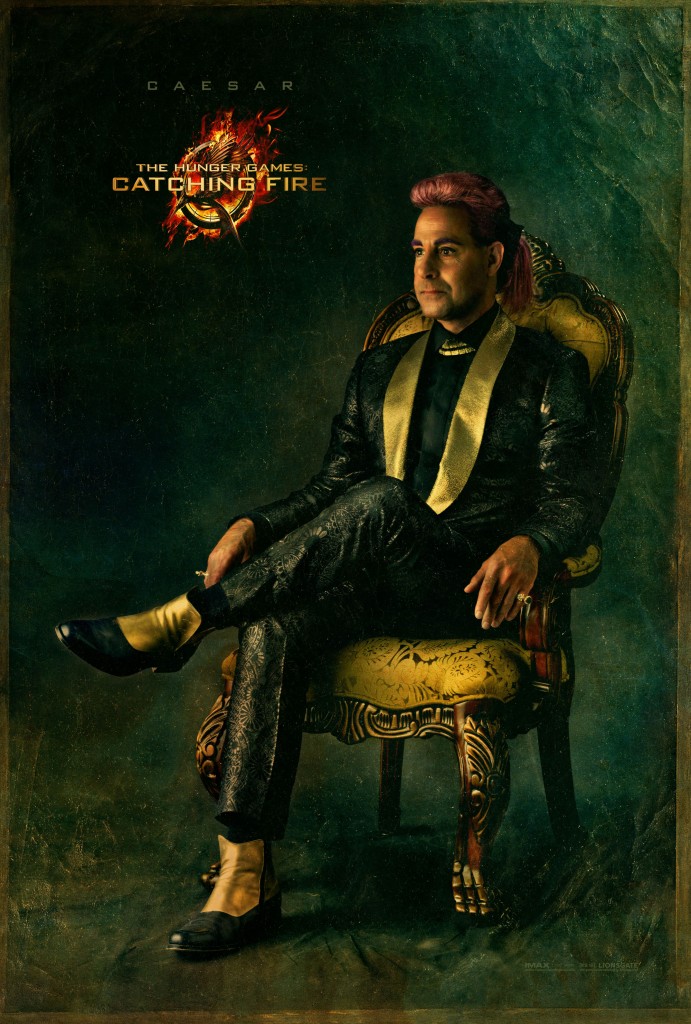 ”The Hunger Games: Catching Fire” begins as Katniss Everdeen has returned home safe after winning the 74th Annual Hunger Games along with fellow tribute Peeta Mellark. Winning means that they must turn around and leave their family and close friends, embarking on a “Victor’s Tour” of the districts. Along the way Katniss senses that a rebellion is simmering, but the Capitol is still very much in control as President Snow prepares the 75th Annual Hunger Games (The Quarter Quell) – a competition that could change Panem forever.

“The Hunger Games: Catching Fire” opens in theaters on Nov. 22.