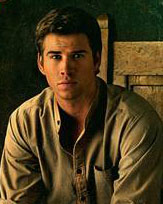 “District 12 born and straight from the Seam,” Liam Hemsworth’s Gale Hawthorne plays a much bigger role in the trilogy from here on out. Not only has he been Katniss Everdeen’s best friend and hunting partner since their fathers died in the same tragic mining accident years ago, but he will play a key part in the current silent uprising that is spreading throughout Panem.

Even though Gale was introduced to the Capitol during the 74th Hunger Games as Katniss’ so-called “cousin,” he more than deserves his own Capitol portrait. Truthfully, if it wasn’t for Gale (with a little help from Peeta and that burnt loaf of bread to remind her that good people do exist), Katniss would not be the symbol of the rebellion now, would she?

This Couture portrait of Gale Hawthorne was released exclusively to PerezHilton.com and Liam Hemsworth’s smoldering glare and slight lean toward the camera not only indicate that he is a man of action, but also that he is ready for whatever may come his way. Gale wears muted colors and tones that are more characteristic of the Seam in District 12. I don’t think Gale would even allow anyone in the Capitol to dress him in those garish Capitol trends judging by his disdain in “The Hunger Games” for the citizens of the thriving city, which is a complete contrast with the glamorous suit that Josh Hutcherson’s Peeta Mellark sports in his portrait or even Jennifer Lawrence’s Katniss’ elaborate Capitol dress design in her portrait. 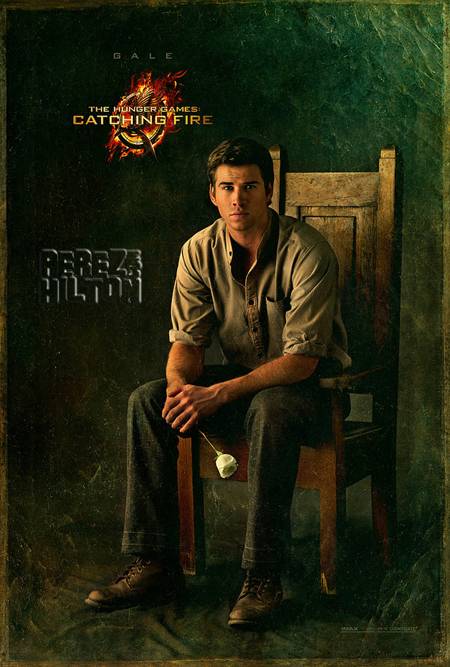 If you’ve missed any of the Couture portraits, you can check them out here at It’s Just Movies. Be sure to stay tuned for more!

“The Hunger Games: Catching Fire” is marked for release on Nov. 22.