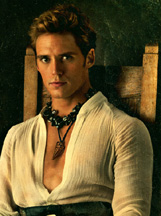 Lionsgate is continuing to roll out Couture portraits of each of our favorite “Catching Fire” characters in this massive promotional campaign. I’ve enjoyed every one of them. In an exclusive release to MTV’s Hollywood Crush, we finally get to see hunky British actor Sam Claflin’s Finnick Odair.

Odair was the most talked about character during the casting process and even though so many young eligible actors were thrown into the mix, Claflin beat all of them out of the running and we finally get to see him as Finnick. Although, fans would prefer to see Finnick in his Tribute Parade costume, we have plenty of time until the film’s release. We’ll have to make due with this Couture portrait until then.

Meanwhile, let’s talk about the portrait of Finnick. Even though he’s not in his Tribute Parade costume, what he wears projects well enough that Finnick is of the fishing region of District 4.

As all fans of the series know, Finnick plays a very integral part in the survival of Katniss and Peeta during the Quarter Quell, as all former Victors are thrown into the pot once again to compete. The relationship between Finnick and Katniss has a lot of ups and downs considering they are all fighting for survival, so we’ll have to see how it unravels on the big screen.

Being the prime “catch” in the Capitol, Finnick was THE Couture portrait I was waiting to see, and it did not disappoint. Claflin is possibly one of the up-and-coming young actors in Hollywood and since hitting the U.S. market with his role in “Pirates of the Caribbean: On Stranger Tides,” he has been making a splash (no pun intended) in other big budget pictures since 2011.

Let’s see where Finnick Odair takes him, but I personally hope to see more of him in the future. 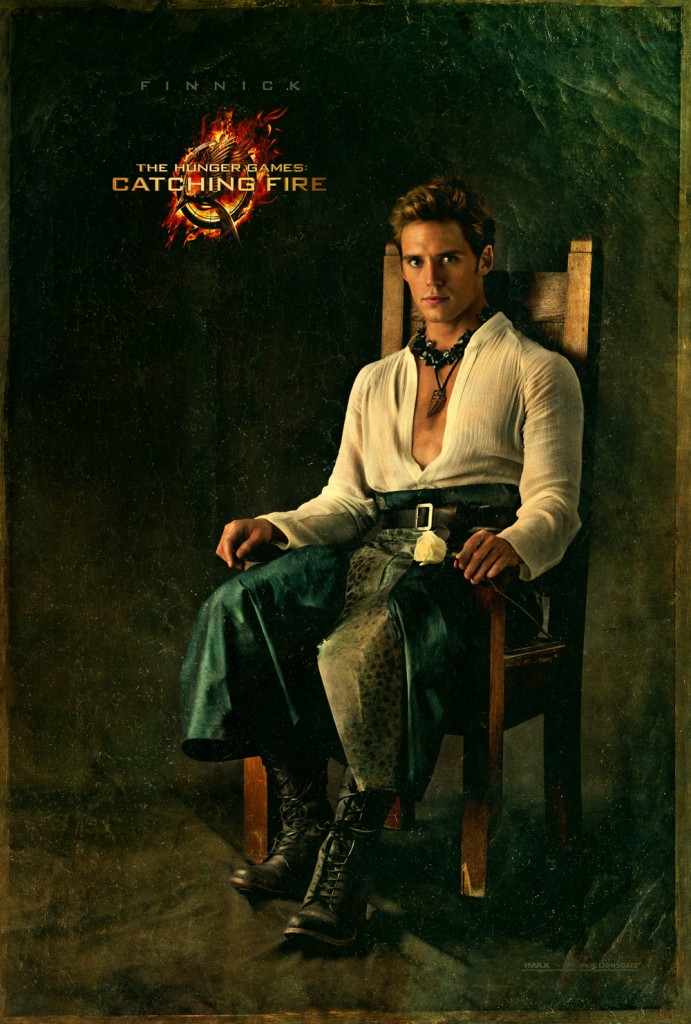 If you’ve missed any of the other Couture portraits this week, click through and view all of them here at It’s Just Movies. Check back with us to see one final presidential portrait to close out this very busy week of promotional materials.