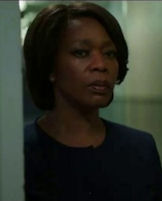 In this profound exploration of the emotional toll of capital punishment, Alfre Woodard seems to take responsibility for the entire movie, just as her character takes responsibility for ending the lives of those deemed by society as being unfit to live. As she does this the supporting cast seems to lift up beneath her to echo her sadness in multiple tones. The condemned man may turn out to be the lucky one.

Looking closer, the fact that Woodard practically simmers off the screen is testimony to the powerful supporting cast. Richard Schiff boils with anguished argument as obsessed lawyer and anti-death activist Marty Lumetta. He is being slowly destroyed by his inability to stop society from killing people as prison Warden Bernadine Williams is being emotionally unstrung by her assumption of the outrageous role of legal killer. As the two duel over the most lethal of subjects it is anyone’s guess who will be the first to go certifiably insane.

Woodard’s riveting performance resonates with that of LaMonica Garrett, playing Williams’ sergeant at arms Major Logan Cartwright. Cartwright, a mountain of a man, is a total contrast to Williams’ femininity and, as such, an amplified emotional shipwreck as he is forced to weave his working day around the walking dead. His physical torture is critical to our insight into the warden’s mind as she tries to rationalize the irrational and maintain the sanity of her team while she is losing hers.

Wendell Pierce plays husband Jonathan Williams, paying his part of the death penalty as his wife becomes more and more distanced. There is a strong parallel to the current treatments of PTSD, with the tough life partner working every day to make the unworkable work. Williams wrestles with the impending dissolution of their marriage as he and Bernadine are separated more each day. The job of managing the end of a person’s life is as hard in peacetime as it is in war. As it turns out, it is hard to tell the difference.

Woodard was Oscar nominated in 1984 for her supporting role in “Cross Creek” and she deserves another nomination for this movie. Writer/director Chinonye Chukwu is nominated for four Black Reel awards in this, her breakout second film. She has combined a powerful and compelling screenplay with difficult, accomplished direction.

There is not a moment when this movie descends into exploitation, in spite of the graphic depiction of a botched lethal injection. This is a fine line to walk and required close teamwork between the actors and the director. The work of Aldis Hodge, as condemned prisoner Anthony Woods, is critical. There is no exploration into whether he is guilty or not; persons watching, and feeling, this movie will know there are as many innocent prisoners executed as guilty. It is his character, and his steady acting, that leaves us with the message of the movie. There is only profound regret with precious little chance of redemption. 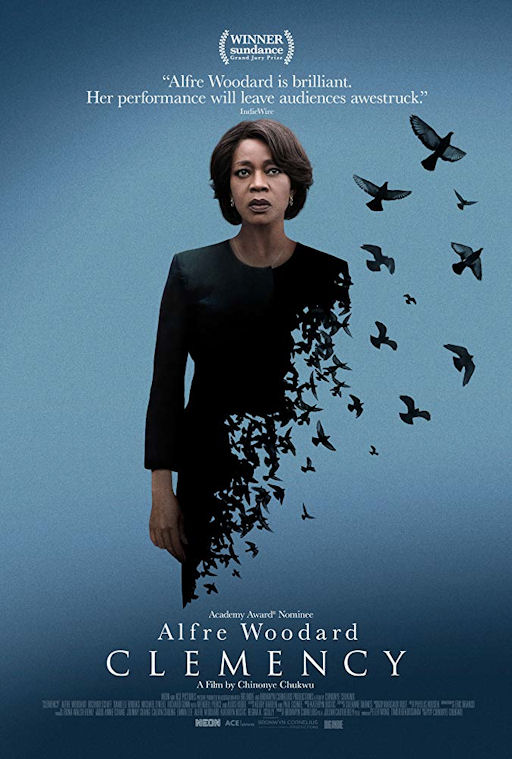