Production for “Catching Fire” — the sequel to March’s blockbuster hit “The Hunger Games” based on Suzanne Collin’s novel of the same name — began in Atlanta, Ga. last month. After only a few weeks into production, rumors have started to fly around cyberspace on who will be penning the third installment of the hit teen franchise, titled “Mockingjay.” Keep in mind, though, that early in the summer it was announced the final book of the series would be split into two movies, much in the same fashion as the “Twilight” and “Harry Potter” franchises.

The first, so far, among the rumors — and as confirmed by Variety — is that Emmy Award-winning writer Danny Strong will handle the writing duties. 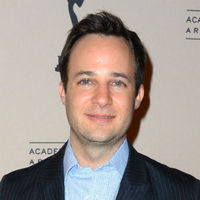 Although Strong started his career as an actor on television series such as “Buffy the Vampire Slayer,” “Gilmore Girls” and “Mad Men,” he is currently one of the most sought-after writers in Hollywood after winning an Emmy for his work on the HBO original movie “Game Change.”

What are your thoughts on Danny Strong possibly penning the final two films of the young adult hit series?