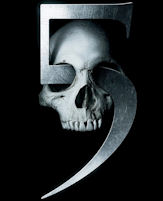 There aren’t that many franchises out there that can boast five films. New Line Cinemas can add to that list this week when “Final Destination 5” hits theaters Aug. 12.

Just as in all of the previous films, the movie opens up with an unassuming young person having a premonition about a group of their friends dying in a horrific accident. They then wake-up and save a few people by avoiding the accident. Well, afterwards they slowly find out that they weren’t meant to live and death feels cheated. One by one, the group of survivors begins to die and it is left to the living to figure out a way to outrun death once again.

It has been the same formula each time and although the way each person dies is gruesome and unique, the feel of the films has always been the same (although the last one was a bit more comedic and campy than the original trilogy). Now, the director and producers have said that they are going back to the original formulas that made the movies such a hit in the past.

The new accident in “Final Destination 5” is when a suspension bridge full of people collapses. A small group happens to make it off alive after a young man named Sam (Nicolas D’Agosto) has a nightmare and then warns a few people to get off. Not knowing what is going on, they get filled in by the infamous mortician — who appeared in the first three films — Bludworth (Tony Todd) at a funeral. Once they know death is coming for them they have to choose: kill or be killed.

We have five all-new clips from the movie and while most of them aren’t action-packed, they do show the mood and how the kids slowly come to realize that death is on their tails, hunting them down and claiming their souls that he is owed.

In the first clip, we get our first encounter with Bludworth as he approaches Sam and his friend Peter (Miles Fisher) and he warns them, but they take it as a threat from a creepy stranger.

The second clip, “Eye Surgery,” is exactly that as one of the survivors of the bridge collapse Olivia (Jacqueline MacInnes Wood) goes into the doctor for a routine laser eye surgery. You can tell by the way she is holding the bear that she is already on edge, but she truly has no idea what is waiting for her as soon as the doctor leaves the room.

Our third clip takes us to the scene of another mysterious death where Sam and his friends Molly (Emma Bell), Peter and Nathan (Arlen Escarpeta) notice Bludworth and ask him “Why are you following us?” He goes on to explain the rules of how death works and that he has seen it before. He then reveals a startling truth: you must offer someone else to death in order to survive.

In “They’re Closing Us Down,” we see a meeting between Dennis (David Koechner) and Peter where Dennis is upset that they are being laid-off. Peter, on the other hand, is on the run from death and as he tells Dennis that two more of the survivors have died he just doesn’t seem to grasp the concept that they could be next. The funny thing is Dennis keeps joking around and just doesn’t take their situation very seriously.

The final clip takes place in some sort of office where Agent Block (Courtney B. Vance) is asking Sam and Molly about the deaths. He knows that they are related, but just doesn’t see how. He asks them for whatever information they do have, but when Sam tries to tell him without sounding crazy, they end up sounding aloof and even guiltier then they did to begin with.

My first impression of this movie from the clips is that it seems very similar to the previous four, but there is little to no action in them and the deaths and shock of how they happen are usually the best part of the films. So I will reserve judgment until I have seen the movie. I have always been a fan of the series and will probably continue to see them for as long as they make them.