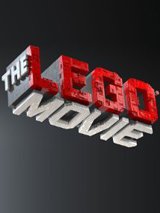 Currently in production, the 3D computer animated adventure will be directed by Phil Lord & Christopher Miller from their original screenplay, story by Dan Hageman & Kevin Hageman and Phil Lord & Christopher Miller, based on LEGO Construction Toys. It will incorporate some of the LEGO world’s most popular figures while introducing several new characters, inviting fans who have enjoyed the brand’s innovative toys and hugely popular video games for generations to experience their visually unique LEGO world as never seen before.

Phil Lord and Christopher Miller previously teamed on the hit “21 Jump Street” and the 2009 animated comedy adventure “Cloudy with a Chance of Meatballs,” which was nominated for a Golden Globe Award.

“The Lego Movie” will be produced by Dan Lin (“Sherlock Holmes,” “Sherlock Holmes: A Game of Shadows”) and Roy Lee (“The Departed,” “How to Train Your Dragon”).