Next year will mark the 60th anniversary of the gigantic lizard monster that has terrorized many cities in its many incarnations over the past six decades. “Godzilla” is one of the most famous movie monsters ever created and deserving of an updated reboot. 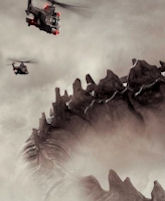 Director Gareth Edwards (“Monsters”) is not new to the sci-fi drama, but has definitely been moved up a peg in Hollywood when he landed this film. Ever since I first saw a teaser reel at San Diego Comic Con a few years ago, I have been excited to see how this film would turn out. My expectations were raised when I heard about the casting of Bryan Cranston (“Breaking Bad”) as a scientist, Aaron Taylor-Johnson (“Kick Ass”) as a soldier and Elizabeth Olsen (“Martha Marcy May Marlene”) as a nurse.

I think it’s a great idea to find dynamic actors to counterbalance and humanize a story in which there will be immense death and destruction against this force of nature with pure animal instincts. While, yes, we will all flock to the theaters to see the spectacle and special effects, the story needs to hold up around the creature as well.

And I think an interesting draw to the film for superhero fans is that Taylor-Johnson and Olsen have been cast as brother/sister super-powered baddies Quicksilver and the Scarlet Witch in 2015’s Avengers sequel “Age of Ultron.”

But enough with the behind-the-scenes stuff, you came here to see the very first official trailer for “Godzilla,” so here it is:

So this is very evidently a teaser trailer, and honestly I was hoping for more. Having seen the teaser promo, as well as a leaked bit of footage previously, only the beginning clip was new to me. Everything else I have seen multiple times already. Having said that, I did like the feel of this being a real world mission as the armed forces drop into the demolished city just to catch a glimpse of the gargantuan beast as his head rises from the dust.

I love the look and feel of the film at the beginning with the first person perspective of one of the jumpers plummeting through the clouds into a fiery warzone of terror. I also enjoy the color palette with its darker tones mixes well with the glow of the burning buildings.

Check out the film’s poster, which plays off that theme: 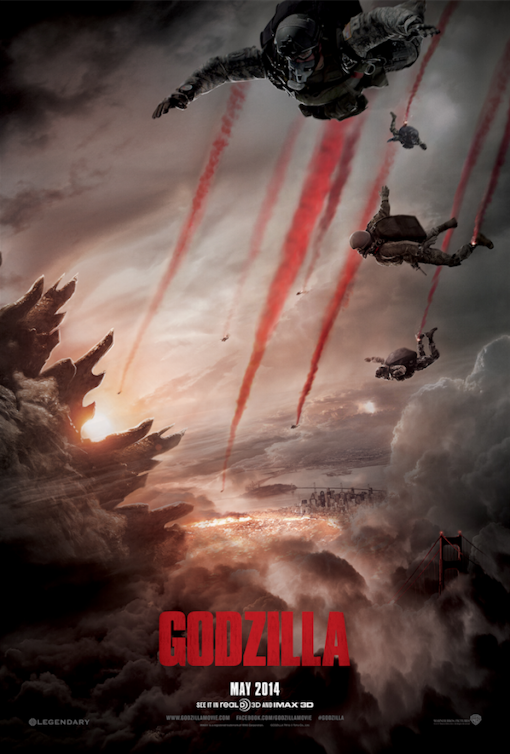 Director Gareth Edwards is certainly going for the “less is more” approach to what we actually see of Godzilla.

Although it is not really mentioned in the teaser trailer, I have read that they are going for a realistic storyline in terms of the origin of the beastly creature and how we have created it through our use of nuclear materials and weapons. I have heard the movie explained by the filmmaker to be something akin to the devastation and confusion that happened on 9-11, where everything is just so horrible and massive in scope you can almost not wrap your head around it.

Overall, I am impressed with the look and feel of the movie, but am underwhelmed with the amount of new footage we are treated to in the teaser. What do you think of this very first official teaser trailer and this new poster? Like me, do you need to see more footage before you can adequately judge what you think of the movie? Leave a comment and let us know!