We get caught up in our own difficult stories, in patterns of expectation that recycle old troubles, but the trick is to change our mindset. Walt Disney will reveal his difficult childhood story that ironically fueled his happy-ending films and magical kingdoms. He also discovers the sad childhood story of Pamela Travers, author of “Mary Poppins,” and in the process presumably helps heal what we ultimately learn is a grief-stricken woman.

Literally, “Saving Mr. Banks” is the story of Disney’s promise to his little girls to get the story of “Mary Poppins” put on the screen. In order to do so, he has to unlock the secrets of the unrelenting author and make a promise that will affect generations of children.

Thematically, this is not only the story of Disney and Travers but of struggling individuals everywhere who strive to get out of a cycle, small or large, of negativity that they grew up with and let define them. It is about using the imagination to create an alternate story that respects and celebrates life.

Creating the kind of life you want to live, perhaps with a metaphorical castle, Neverland, Swiss Family Robinson treehouse or friendly dwarfs is all part of the happy Disney attraction.

Though there was a dark side to Disney’s childhood, what Walt comes to understand is that we can step out of that darkness and let the sun shine in, if our desire is strong enough. It was Tinker Bell’s advice – Just think a happy thought and you can fly!

On a scale of 1-5, to be honest, though the film’s uplifting message is enough to mandate immediately high-tailing it into your local theater, this film is just a 3. Besides the fact that Emma Thompson does a remarkable job of portraying a shrew-like Travers, those of us who grew up with Disney will find his characterization flat. Despite Tom Hanks being just as lovable as Walt, he just can’t play him.

Perhaps the script is weak, perhaps the flashbacks aren’t realistic enough – I don’t know. Somehow, despite the energizing presence of Thompson, the film’s story just doesn’t grip the audience. Maybe there weren’t enough facts to make this movie, maybe the film should have centered more on Disney and re-enactments of his life, or maybe there should have been more fleshed out on the early life of Travers. We never understand who Poppins really was and there is little connection between who Pamela Travers was as a child and her later, older self. In addition, maybe there should have been significant footage of Travers’ father, Mr. Banks, in the “Poppins” version.

The film I would like to see is the one on Disney’s life. Maybe someone like Danny DeVito could take the lead. It’s not so much that the actor has to look like him, but that he brings a sense of enthusiasm, comfort and hope to our lives. 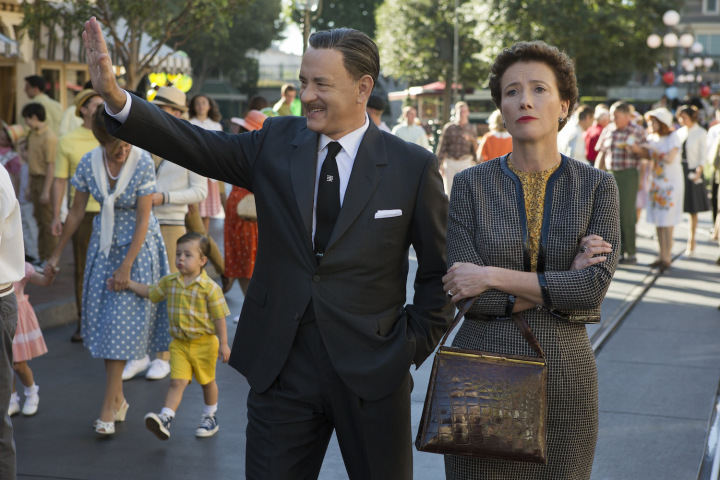