The charities’ unity reflects their collective belief that more can be accomplished by working in partnership than alone. This event is the first of its kind for the Festival de Cannes since holding benefit screenings in 1984 and 1996. Additionally, this is the first time that three charities have come together with the support of the festival for one very important cause. Preliminary calculations of money raised total over $2 million.

A live auction took place and featured many once in a lifetime experiences and items for guests to bid on. The lot that grossed the most money came from an impromptu auction of Sean Penn – to spend three days on the ground with him in Haiti. The experience went to three bidders, paying over $128,000 each. Bono’s own guitar and a meet-and-greet with him backstage at one of his shows went for over $215,000, while a lunch with a Victoria’s Secret Angel – along with VIP access to their 2012 fashion show – sold for over $115,000.

At the end of the evening, a Haitian show entitled “Carnival in Cannes” presented a concert of authentic RaRa and Racine music, created with the RAM band, Haiti’s leading Racine group, brought in for the occasion from Haiti. Guests flocked to the stage as the entire room, including Petra Nemcova and Gerard Butler, began dancing in the aisles. The show was co-sponsored by Chopard.

• A DAY WITH ENTREPRENEUR ELON MUSK: You have a chance to discover the secrets of the magician by spending a day in Los Angeles with Elon Musk, visionary founder of PayPal, Tesla, SpaceX and SolarCity.

• THE SPORTS PACKAGE OF A LIFETIME: This unbelievable package includes unrivaled access to BOTH the 2012 Monaco Grand Prix AND the 2012 London Olympics aboard My Yacht.

• PARTY WITH THE STARS GOLDEN GLOBES WEEKEND: Here is your chance to attend four of the most exclusive parties celebrating film and television’s biggest night, with a $10,000 gift certificate from Giorgio Armani, a watch from Chopard and accommodations from the Montage Beverly Hills.

• IN HEAVEN WITH ANGELS: Don’t miss seeing the Fashion Show of the year with VIP access to the 2012 Victoria Secret Fashion show, AND have a lunch with an angel!

• MEET A MUSIC LEGEND: Meet Bono Backstage after you watch a U2 show as a VIP and get his “Irish Falcon” Gretsch guitar personalized just for you.

• ULTIMATE LUXURY VACATION AT THE ST REGIS BORA BORA: Win 8 nights for 6 in the incredible Royal Estate, which is comprised of three separate pavilions that revolve around a private pool.

Funds raised will benefit all three charities and help them bring sustainable programs to the Haitian people quickly and effectively. Today, all three individuals and their organizations are playing a vital and central role in rebuilding the nation of Haiti after the devastating earthquake in January of 2010. 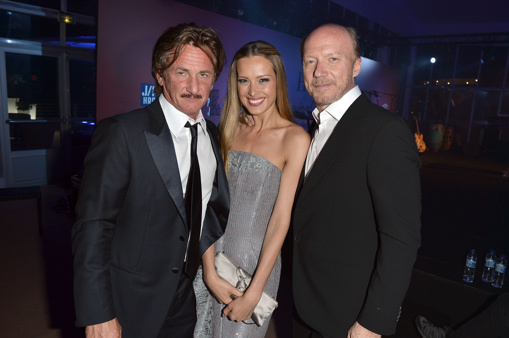