I Am Not Madame Bovary: Official Trailer 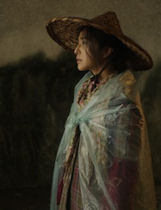 The fabulously diversified Portland International Film Festival has been extended to Feb. 27. An example of one of PIFF’s exquisite foreign films is the picturesque Chinese blockbuster by Feng Xiaogang. Known as China’s Steven Spielberg, he uses a unique screen that alternates between a circle and square, but finally becomes a full-fledged rectangle when all of the truth is eventually revealed.

Buttressed by booming traditional drumming, this remarkable story is based on an old Chinese folktale involving duplicity and honor. Li Xuelian, played to perfection by Fan Bingbing, China’s highest paid actress, contrives a divorce with her husband to improve their living situation. However, once they get the agreed upon divorce her husband marries another woman. Furious, Xuelian confronts her husband who publicly proclaims that she was indiscreet before they were married, an insult akin to adultery and hence the title.

Xuelian’s resultant legal suit coincides with the government line that “not answering to the people is the worst thing we can do for our superiors.” However, what everyone really wants is to save face and in that endeavor their respective holes just keep getting deeper.