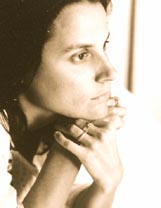 Mental illness in film and TV is not uncommon. Mental illness done accurately is not so common. But that’s not to say that there aren’t some brilliant performances caught on film.

Edward Norton in “Primal Fear” portrayed an imprisoned man suffering from Dissociative Identity Disorder. In “Fight Club,” he displayed the same illness, and in both roles I think he played them almost too well. “Girl Interrupted” is one of those films always talked about when discussing mental illness in cinema, and with good reason, the performances by the entire cast were to be remembered.

The other flick that is always mentioned is “Sybil.” Sally Field acted her face right off in that one, another portrayal of Dissociative Identity Disorder. Then there was the Sally Field we saw on “ER,” in which she played a woman with Bipolar Disorder (BD). She blew me away, however, the characteristics of the disorder were obviously over dramatized. I think film and TV have a lot to do with why mental illness has such a strong stigma attached to it, and why the perceptions are skewed.

So what is it like really living with disorders such as Bipolar? I had the privilege of speaking with filmmaker Katherine Brooks, who gave me some insight on the subject, as she has Bipolar Disorder.

Do you believe you have had BD present since childhood?

Yes, because you are born with it. But it’s tricky to diagnose and a lot of kids, like me, are diagnosed with ADHD. This happened when I was 9 and they put me on Ritalin, which didn’t help. I don’t think my parents, teachers or doctors really knew what to do with me and to this day I am unsure why Bipolar was never talked about.

When do you feel you had your onset?

Do you mean my first sign of mania or depression? Well, I remember being in high school when I believe the mania started. I remember driving my dad’s truck 90 miles an hour down a dirt road before hitting a ditch and cracking my head against the windshield. My behavior after that continued to escalate and I was quickly and simply labeled a “bad kid,” which was so difficult because really … I was just misunderstood and not receiving proper treatment for something I had no control over.

What stereotypes surrounding BD bother you the most and what would you like to set straight?

The mania. I believe a lot of people think mania is just someone running around like a crazy person, pulling out their hair or robbing a bank or being so inappropriate that they end up incarcerated — which is sometimes true, but rare. Most of us blend in quite easily and can often cover up our mania or distract it as being passionate people with eccentric personalities. My aunt is 80 and Bipolar and I asked her the other day why there is so much judgment about people with mental illness. She said, “Because they focus on the crooks.”

A common myth about BD is that the highs are fantastic and I personally disagree from experience, but some people have the misconception that people with BD may even get anxious or excited waiting for the “high” part of their cycle. Have you ever craved a “high” just to get out of a “low”?

I never craved a “high” but I would love you people to read my blog called “The Seduction of Mania.” It totally seduces me like a drug and the euphoria I feel is intoxicating. My mania tends to be spiritually based, seeing signs from God, feeling more insightful than usual and having crazy psychic abilities that aren’t flukes and are actually true. I don’t like the mania anymore because I now realize what follows and the highest high is never worth the lowest low.

Another very common myth, and the one that bothers me the most, is that medications used to treat mental illnesses turn a person into a zombie, or just take away their core personality. You have experienced BD both on and off medication, how has life changed with meds?

I thought the same things and fought medication forever. But it’s actually the opposite if you are on the right medication and the right dose. Sure, if you’re pumped full of too much medication you will be a zombie and that is why it’s important to have a great doctor. I am actually more creative and productive now that I’m on meds because I don’t experience highs and lows like I used to, so my work is reliable and consistent. Getting on medication was the best decision I have ever made, but it was also the hardest.

Borderline Personality Disorder and BD are similar in their diagnostics, but BPD is often overlooked and goes undiagnosed. Was BPD ever considered before you were diagnosed with BD?

Yes, it was. I went to three different doctors — one for 10 years — and one diagnosed me with BPD, but the other two said no. I trusted my doctor of 10 years who said that everyone has small traits of any disorder but that I was not a true BPD.

How do you address the stigmas surrounding mental illness in your day-to-day life?

By having a healthy and successful life. My journey right now is about intense healing and working on myself. My goal is to be the best person I am capable of being. To create a life that is truly something, I want to wake up each day to and be proud of who I am and what I’ve accomplished. I want my work and what I stand for to help the idiotic stigma of mental illness.

Do you estimate a large number of people, both famous and not, actually have BD but cover it up?

I know two HUGE celebrities that are in the closet for BD. There is a lot of shame that people carry who have BD, a fear of judgment, a fear of not being hired for jobs. If you are drinking and using drugs, you will not be able to be healthy and Bipolar. I’m actually glad they aren’t “out” as Bipolar because they are always in trouble with drugs and alcohol. Once they get their s— together, I do hope they will come out and make a positive impact.

Do you think people hide it more so if they are famous?

I think it’s hard for anyone facing a mental illness. It’s scary, to face judgment and to also face people who just don’t understand.

I personally think cinema gets BD all wrong with very few exceptions, do you agree?

From your point of view, what film or TV show do you think has captured the disorder most accurately?

I didn’t mind “Mr. Jones.” I thought Richard Gere’s character was quite a well-written guy. But, still, not totally accurate in my opinion.

How has BD affected you in the past while directing actors in their roles?

I’ve been lucky enough to be very stable when it comes to my work. Don’t ask how, but I’ve been blessed. Because I have experienced such extremes of emotion, I feel I can truly connect and help actors get to places of darkness, or places of euphoria. I don’t believe Bipolar holds me back as a person or a filmmaker. I actually believe it makes everything I do have more meaning, passion, and purpose. I’m thankful to be this way … thankful to be born Bipolar.

What can we expect from you creatively in the future, now that you are addressing Bipolar head on?

I believe my work will get better and better, more authentic, and more focused. I can’t wait to be able to share with the world what I truly know I am capable of now that I’m getting better and truly healing myself. 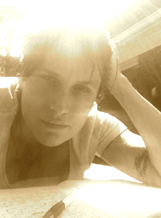 Katherine Brooks started a blog in late July, in which she gives insight to living with Bipolar Disorder. At the end of the day, it’s not about the fame, the spotlight, or anything Hollywood would have us believe, it’s about a life. It’s about dropping the stigma.

Brooks supports and donates to www.bringchange2mind.org.

Perhaps in the future, cinema will get mental illness accurate, and perhaps it will help change the taboo, preconceived notion that mental illness is simply “crazy.” I would like to thank Katherine for speaking out on the subject, I think Hollywood could benefit greatly from a filmmaker that isn’t afraid to live in truth, and am anxious to see how she translates that truth in future endeavors.