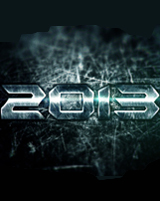 I have been fortunate enough to attend advanced screenings of 100 movies from January through August, and as always, there were several movies that were remarkable, and others that were easily forgettable. As a new writer for It’s Just Movies, I though my list of the best and worst movies of 2013 so far would be a great way for readers to get to know me and my taste in movies.

Before I attended movies for free, I would always go to theaters that played independent or foreign films as these movies, in my opinion, typically have great casting and storylines, which is important because I think too many mainstream movies try to use big names to sell the movie and sometimes that is not enough to make a movie great.

Not every film genre can be held to the same standards, but overall I look for the same things is all films: great acting (chemistry, believability, delivery); plot (something fresh or unique); and skilled directing.

With that in mind, let’s get the negative out of the way and start with my list of the worst movies of 2013 thus far:

“Instructions Not Included” (read my review HERE)
“The Spectacular Now”
“The Conjuring”
“Stoker”
“Star Trek Into Darkness”
“Trance”
“The Way, Way, Back”
“The Butler”
“Fruitvale Station”
“The Croods”

And, as a bonus, here is a list of my most disappointing movies of 2013 so far:

Now that you have read my lists, what do you think? Tell me which movies you agree with or disagree with and please feel free to leave your own lists in the comments section.