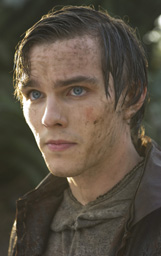 After multiple delays, director Bryan Singer’s fairy tale epic “Jack the Giant Slayer” is finally in theaters. Inspired by tales of Nordic and Celtic origins, Jack and his adventures defeating giants has been in print since the early 18th century and has many adaptations thus far. Now with a blockbuster budget — nearly $200 million dollars — we are getting a massive retelling of the story in a way like never before. Follow me up the beanstalk and see if this grand adventure is worthy of your time and money or whether you should pass up this trip in favor of a safer gamble into the world of fairy tales?

Long ago, giants descended upon the kingdom of Cloister. Near destruction was averted when the King had a magical crown fashioned from the heart of a giant. Now able to control all the gargantuan marauders, he banished them, back into the sky to their kingdom of Gantua.

Centuries have passed and these stories have faded into legends, but that doesn’t stop a young farm boy named Jack (Nicholas Hoult) from reading and dreaming of them. When he is grown, Jack is biding his time working at his uncle’s farm. He is sent to sell their horse and cart, but he is tricked by a monk who gives him a sack of beans and tells Jack to guard them and never get them wet.

While in the city, Jack comes to the aid of a lovely maiden who happens to be Princess Isabelle (Eleanor Tomlinson), a strong woman who is desperate to escape the tight grip of her father, King Brahmwell (Ian McShane), and her betrothal to the older and devious Roderick (Stanley Tucci). When attempting to flee one stormy night, Isabelle ends up at Jack’s farm to escape the rain, but as the two begin to connect, one of the magic beans gets wet and the house is shot into the sky atop the growing beanstalk below it.

Jack falls to the ground and upon awakening finds King Brahmwell and his entire army, led by the valiant Elmont (Ewan McGregor) and his trusty sidekick Crawe (Eddie Marsan) demanding answers from him. When he tells what has happened, a search party is immediately launched up this monstrous vine to find and rescue the princess.

“Jack the Giant Slayer” — a fun adaptation of classic folklore — is filled with action, comedy and some pretty fun 3D effects. While there may be a few moments that could scare children, it feels as if it was a movie made for the entire family. I did enjoy it and would recommend it for people excited to see it or those with kids that want to see it, but the adult side of me felt a little letdown with the film overall. 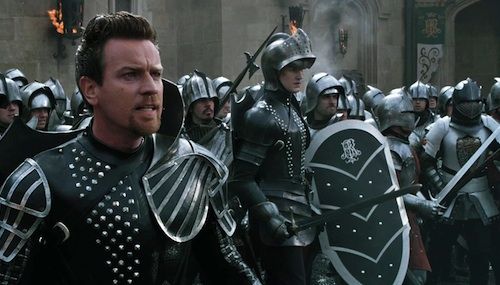 It’s hard to pinpoint what exactly went wrong with “Jack the Giant Slayer” because it was enjoyable, but after seeing it I felt underwhelmed. The casting is great, as Nicholas Hoult is fantastic as Jack, Ewan McGregor is gallant and funny as the knight Elmont, and Stanley Tucci is menacing as one of the films villains. So why didn’t I enjoy it more?

It might have something to do with the graphics of the way the giants looked, mixed with their penchant for potty humor that demeaned the story and left it feeling too childish for me. In the year 2013, there is no explanation for why main characters that are created digitally should look as fake as they did. Look at Gollum in “The Hobbit: An Unexpected Journey,” he looked amazing and they got everything right with him. Maybe it was the sheer number of giants they had to create that led to the unpolished look of our colossal antagonists.

The film had many elements of classic films such as “The Princess Bride,” “Aladdin” and “Willow” and just enough of an update to make it relevant. So why did it not come together as well as it should have? Perhaps Bryan Singer was too busy focusing on his upcoming project (“X-Men: Days of Future Past”) to edit and finish off the movie as well as he should have.

I think Hoult is a major rising young star in Hollywood and this little blip on his movie career should not make that much of a difference, but with such established and renown actors making up the majority of the cast, it’s a shame the film didn’t impress. I am hoping it doesn’t follow the same path at the box office as “John Carter,” which was also a fun movie but flopped monetarily.

“Jack the Giant Slayer” is a fun film with a few hiccups in its story-telling and special effects that will surely wow the young ones in the audience but might be a bit dull for the adults that expect more from the movies they watch. The 3D was impressive but not completely necessary — a curious thing since the movie was filmed in 3D and I anticipated noticing it more than I did.